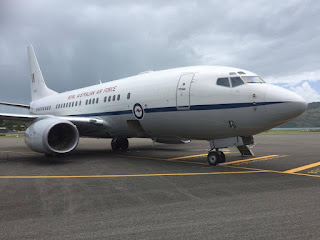 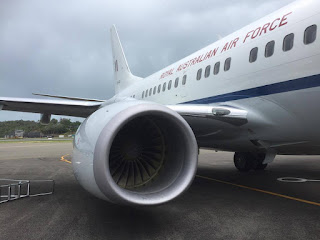 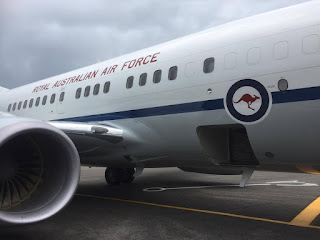 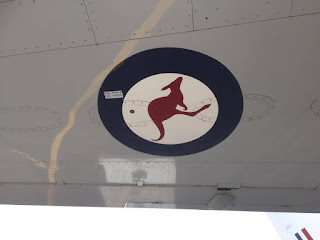 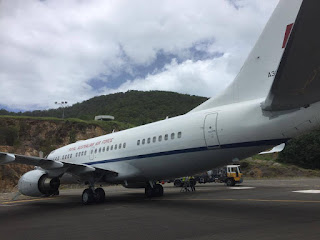 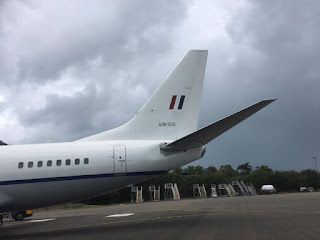 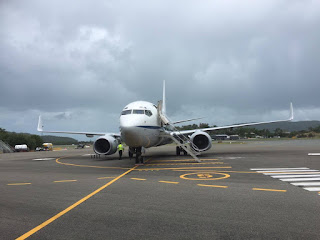 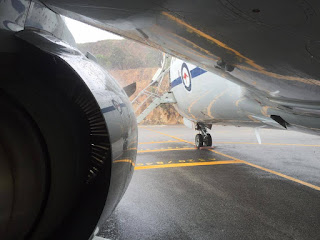 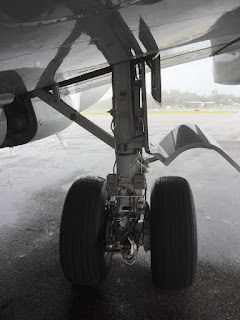 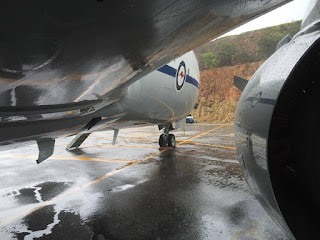 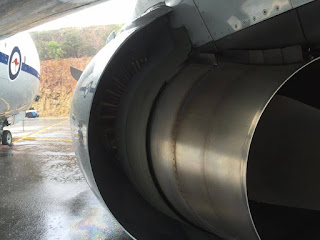 It appears that the RAAF BBJ may have been on a training flight with it arriving at Hamo after earlier visiting Bundaberg and Coffs Harbour Airports.  After taking on fuel, A36-002 departed Hamilton Island for Townsville.

Meanwhile, also on Wednesday 24 February, RAAF Beech B300 Super King Air A32-439 was noted operating several circuits and then landing at Mackay Airport as "Dingo 33".  It later flew into Townsville.

Thanks to 'AC' on Hamilton Island for capturing these great photos - even when a tropical rain shower blew through!