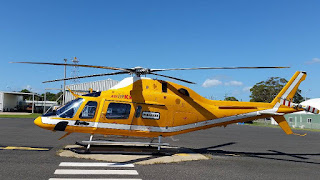 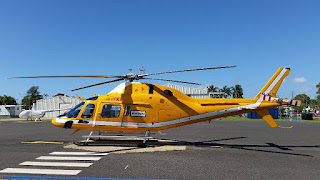 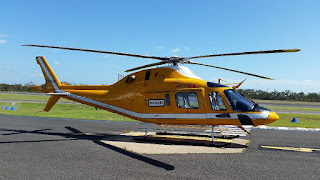 It appears to have touched down from the Wagners' owned Brisbane West Wellcamp Airport near Toowoomba.

There were also three Robinson R22 helicopters and an Aerospatiale AS350 Squirrel helicopter noted flying around Gladstone on Wednesday 10 February with a pair of the Robis heading to the local Aerotar Maintenance hangar while another was reportedly in town performing sea-grass monitoring flights around local dugong feeding areas.

Finally, over the course of the week, Virgin Australia Embraer E-190 jets have again been noted selected flights into Gladstone Airport.  VH-ZPM operated the VOZ1707/1710 service on Monday 8 February, VH-ZPJ (pictured) the same on Tuesday 9 February while VH-ZPH operated the evening VOZ1717/1720 service also on Tuesday 9 February before it returned to Gladstone on Wednesday 10 February operating the VOZ1707/1710 service (also pictured). 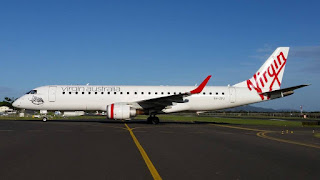 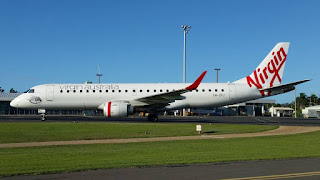 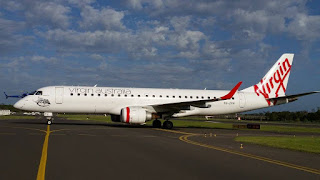 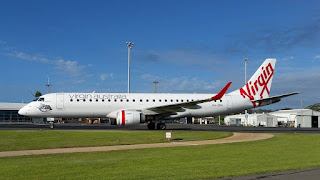 Sincere thanks to Col for sending through these great photos from Gladstone!