On Friday 19 February, Hawker Beechcraft 350i Super King Air N841KA was spotted on the ground at Gladstone Airport. 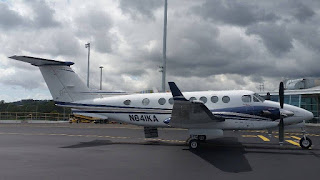 The Super King Air arrived from Brisbane, via airwork around Maryborough. 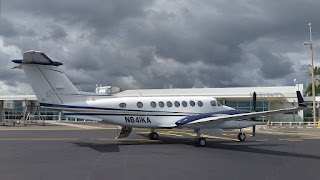 N841KA then took to the air and was noted completing airwork around Gladstone before it eventually returned to Brisbane.

Meanwhile, also on Friday 19 February, Bundaberg-based CromAir Cessna 414A VH-CBT also called into Gladstone Airport operating a flight from Bundaberg and back.