Reportedly in Australia to operate a series of demonstration flights is new production Textron Aviation (Hawker Beechcraft) B300 Super King Air N136KF (c/n FL-1036).  On Tuesday 23 February, it was noted passing through Longreach Airport for Brisbane after earlier departing from Darwin in the Northern Territory. 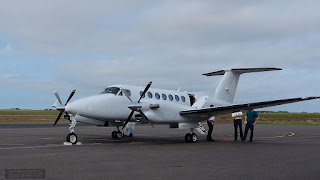 I've been advised that the Super King Air is a Proline Fusion (touch screen) equipped demonstration aircraft - as shown in the cockpit photo below. 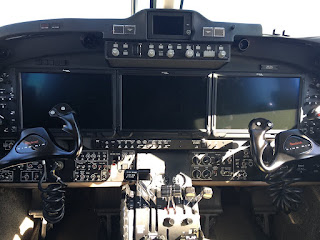 The Super King Air had arrived in Darwin from overseas late last week and was photographed by local plane spotter Sid M shortly after its arrival.