After flying North the previous day, the Royal Australian Air Force (RAAF) Boeing B737-7DF(BBJ) A36-002 flew back South on Thursday 25 February, calling into both Proserpine (Whitsunday Coast) Airport and then Rockhampton Airport where local plane spotter 'IAD' was on hand to capture some photos. 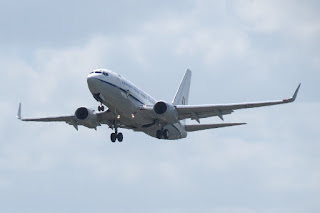 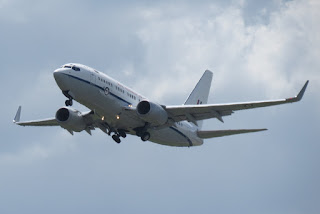 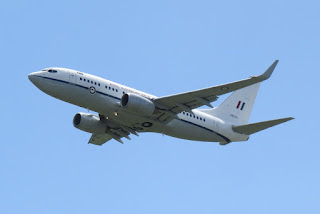 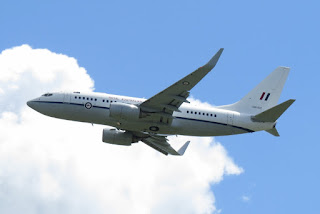 Again flying as "Envoy 48", the RAAF BBJ initially conducted a low overshoot of Rocky's Runway 15 before coming back around and landing.  It taxied in and parked on the Rockhampton Airport parking apron for some time before departing further to the South. 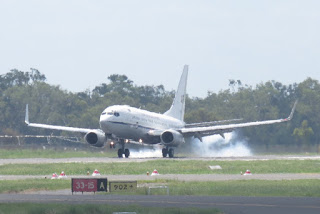 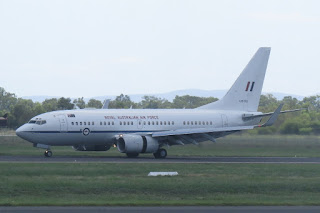 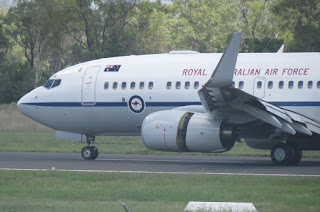 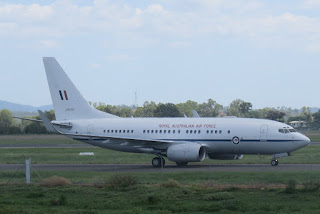 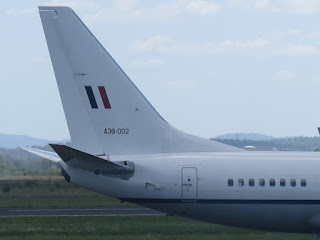 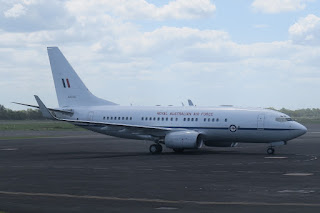 A36-002 was later noted at the Gold Coast and then further ports South.

Meanwhile, also calling into Rockhampton Airport on Thursday 25 February was RAAF Beech B300 Super King Air A32-439 which flew in from and later returned to Townsville flying as "Dingo 21".