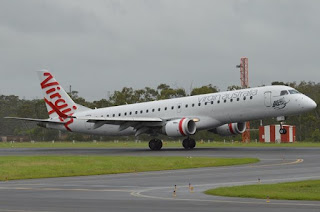 VH-ZPI touched down from Brisbane as VOZ1709, and after a quick turnaround, departed back to the capital as VOZ1712. 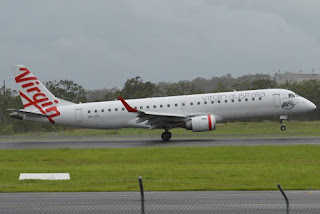 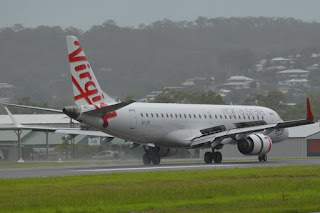 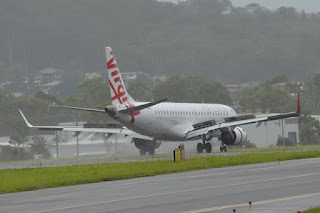 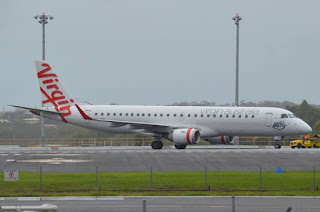 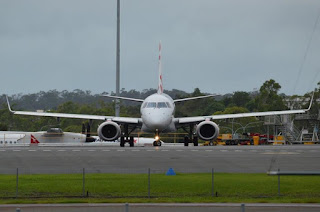 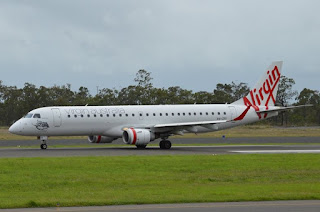 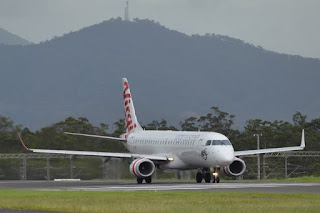 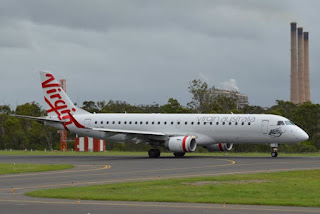 It's been great to see Virgin Embraer jets back at Gladstone Airport over the last week with VH-ZPL, VH-ZPR, VH-ZPC and VH-ZPN all noted visiting while operating scheduled service from and back to Brisbane.

Meanwhile, also on Saturday 6 February, Anthony also spotted QantasLink Dash-8-Q400 Next Gen VH-LQD as it too arrived from Brisbane but as QLK2334. 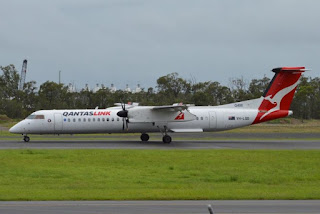 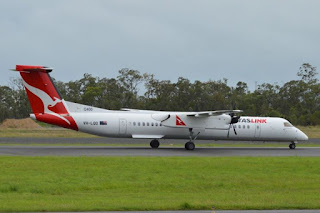 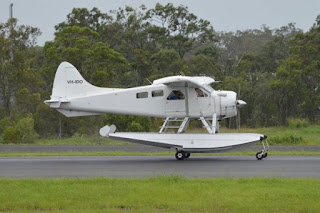 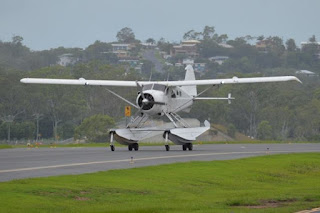 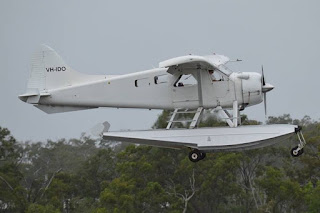 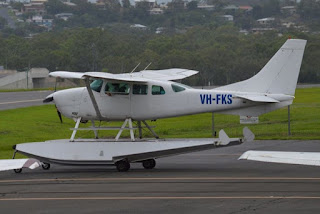 Great to see Anthony back at Gladstone Airport and enjoying some plane spotting!  Thanks mate for allowing us to share your great photos!

All photos taken by Anthony Schulz  ©
Posted by Damian F at 3:39 PM