On Sunday 4 July, New South Wales based Careflight Kawasaki BK117 B-2 helicopter VH-IME was spotted visiting Longreach Airport.  It looked to arrive from Bankstown and Roma Airport and was heard to be using the radio callsign of “Careflight 3”. 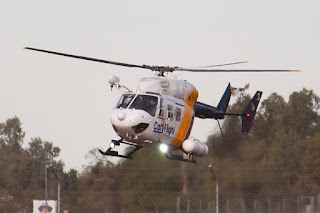 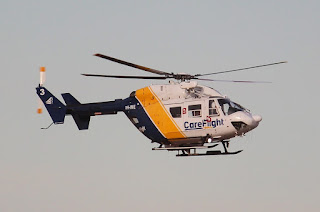 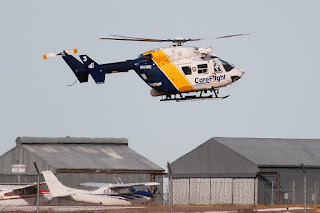 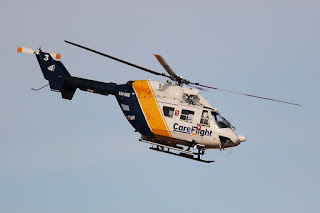 After taking in fuel, VH-IME “Careflight 3” departed Longreach Airport for Mount Isa where it is due to spend the night.

At the time of writing, it appears that VH-IME “Careflight 3” will continue into the Northern Territory, finishing at Darwin, on Monday 5 July.

Meanwhile, also over the weekend, a couple of groups of light General Aviation (GA) aircraft were noted flying in and out of various CQ Airports.

Basair Australia Piper PA-28-161 Cherokee aircraft VH-BWU and VH-RMZ looked to fly up from Archerfield on Saturday 4 July to Mackay Airport via Bundaberg and Gladstone Airports.

Then on Sunday 5 July, they flew back South to Archerfield over the same route.

Also on Sunday 5 July, Mackay-based Cessna 182 VH-ESS was the radio aircraft of a flight of five aircraft that flew to Barcaldine Airport.  It is unclear where the flight of five originated from.

Sincere thanks to local plane spotter Greg W for taking the time to capture and send through these great photos of a great looking chopper!