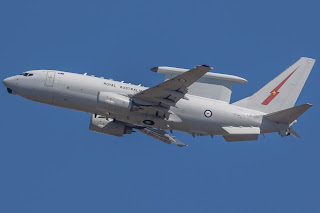 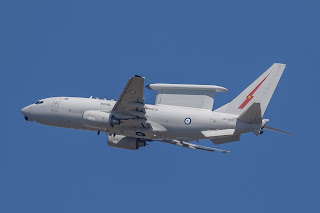 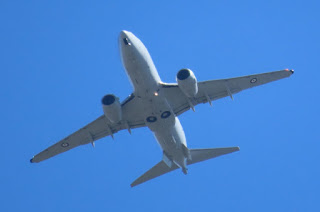 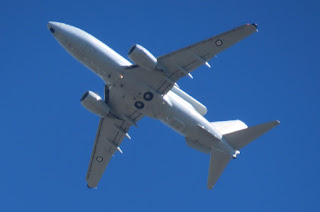 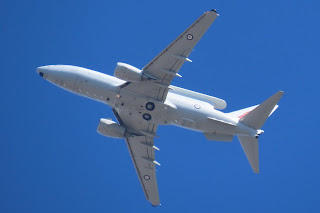 It appears that the Wedgetail flew up from RAAF Base Williamtown at Newcastle via a missed approach at the Sunshine Coast.  After completing the airwork, A30-003 departed Rockhampton Airport and returned directly to Williamtown.

Sincere thanks to local photographer Steve V and local plane spotter Kayanne H for allowing us to share these great photos!