On Wednesday 29 July, brand new Avcair Embraer 500 Phenom 100EV bizjet VH-NJR was spotted at Maryborough Airport. The sleek black coloured bizjet was making its first visit to Central Queensland and was believed to be completing a trial flight out of and back to Brisbane. 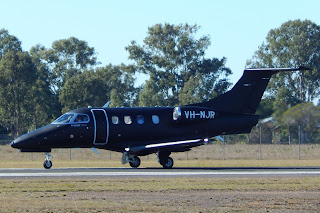 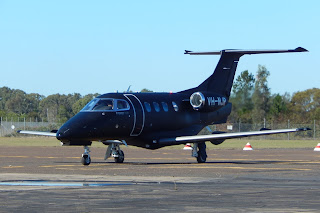 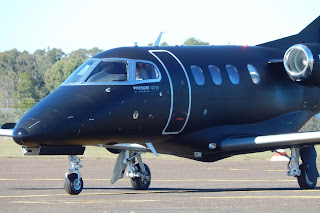 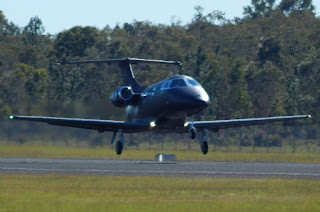 VH-NJR was delivered to the Brisbane-based Avcair at Brisbane Airport in early July after it completed a ferry flight from Florida in the USA via Alaska and Asia. It also ferried via Darwin and Mount Isa while enroute to Brisbane.

UPDATE!  It appears that on Thursday 30 July, VH-NJR completed another flight into Maryborough Airport again flying from and back to Brisbane.

The registration marking is also familiar with Australian airliner spotters with VH-NJR being worn for a long time by a National Jet Systems / Cobham Aviation Services British Aerospace BAe 146-100 aircraft.


It first was registered in 1992 and was withdrawn from use and broken up in June 2019.

Sincere thanks to David G for capturing and sending through these great photos from Maryborough!