During the afternoon on Monday 27 July, Royal Australian Air Force (RAAF) Alenia C-27J Spartan transport aircraft A34-008 was noted completing airwork in different parts around the Wide Bay and Fraser Coast regions of Central Queensland.  It was also spotted completing its airwork at Bundaberg Airport. 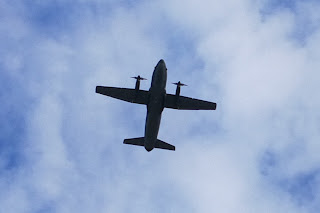 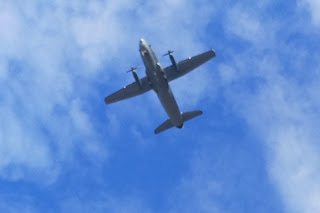 A34-008 was flying as "Wallaby 63" and looked to come up from RAAF Base Amberley. It completed airwork at Bundaberg (as shown), Hervey Bay and Maryborough before it then returned to Amberley.

Photos and videos taken by Peter Sajko  ©
Posted by Damian F at 9:32 PM