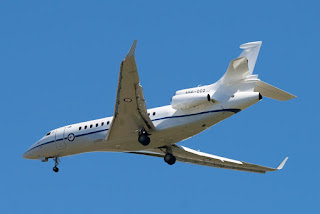 The still fairly new Falcon 7X bizjet, which is flown by the RAAF's VIP 34 Squadron, looked to arrive from Canberra as "Envoy 30".  It was also noted completing a missed approach and closed circuit before finally landing on Rocky's Runway 15. 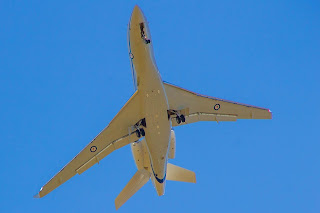 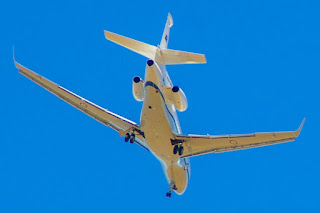 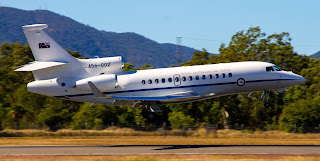 After a couple of hours on the ground, A56-002 departed Rockhampton Airport for Port Macquarie and then Canberra. 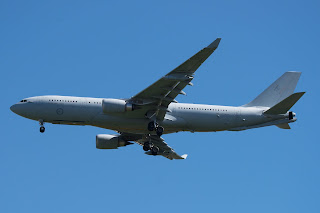 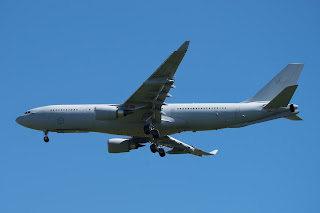 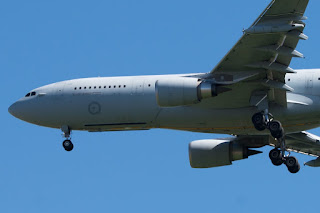 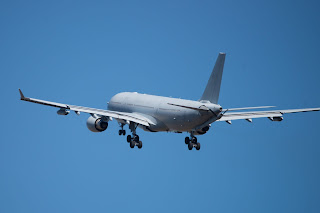 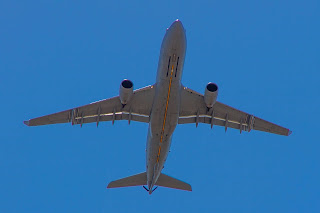 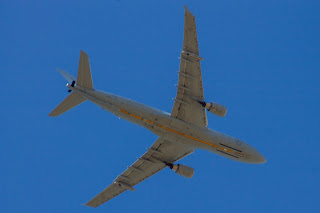 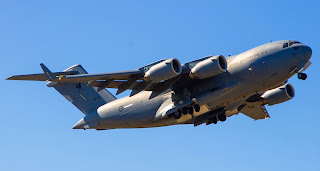