On Friday 3 July, Royal Australian Air Force (RAAF) Airbus A330-200 / KC-30A Multi Role Tanker Transport (MRTT) A39-006 was photographed as it was on finals prior to completing a missed approach at Rockhampton Airport.  It was flying as "Dragon 41". 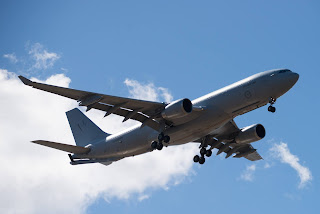 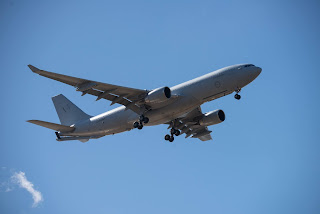 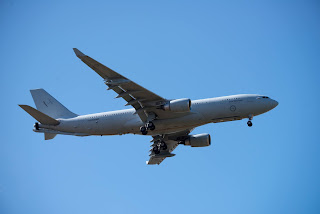 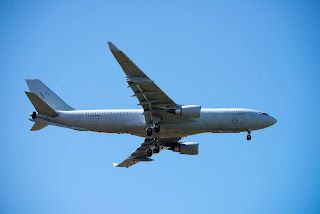 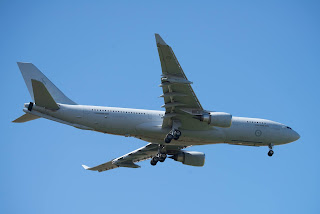 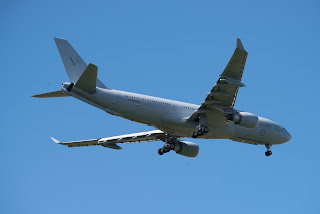 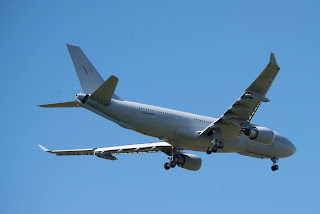 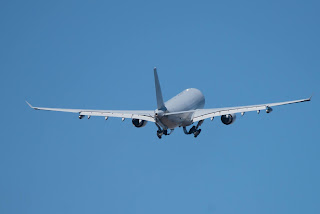 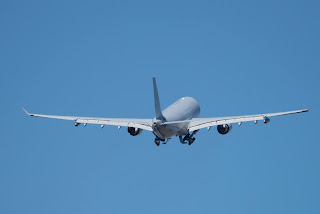 The MRTT had earlier departed RAAF Base Amberley and flew up to Townsville where it also completed a missed approach.  A39-006 then returned South and returned to Amberley via the missed approach at Rockhampton Airport.

Of interest, A39-006 was delivered to the RAAF's 33 Squadron at Amberley in September 2017 and wore the Spanish delivery registration marking of 'EC-339'.  This A330-200MRTT is an older airframe (MSN 892) and was originally manufactured in 2007 and delivered to Qantas Airways in early 2008 as VH-EBH.  It previously wore the name 'Hunter Valley'.

VH-EBH operated with Qantas on domestic and international flights until May 2015 when it was withdrawn from service and flown to Singapore (Changi) Airport for end of lease maintenance and storage.  VH-EBH/EC-339 was then flown to Getafe in Spain for conversion to A330-MRTT/KC-30A standard by Airbus Defence and Space. 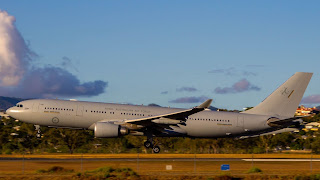 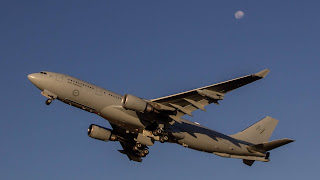 As we posted below with its visit to Rockhampton Airport in Thursday 2 July - and as pictured above - This airframe (MSN 898) also previously operated with Qantas Airways but as VH-EBI and wore the name 'Yarra Valley'.

Meanwhile, during this week, a pair of GoJet / Air Affairs (Australia)  Learjet 35A bizjets VH-LFA and VH-SLE have also been noted operating training support flights out of RAAF Base Amberley around the South-East corner of the state.