On Thursday 24 June, a pair of Royal Australian Air Force (RAAF) Boeing C-17A Globemaster III transport aircraft were noted and spotted completing airwork including touch-and-gos at Bundaberg Airport.
C-17A A41-209 as "Stallion 01" departed from RAAF Base Amberley and headed off the South-East Queensland coast before then flying up to Bundaberg Airport for at least one touch-and-go approach.  It then returned to Amberley at low level. 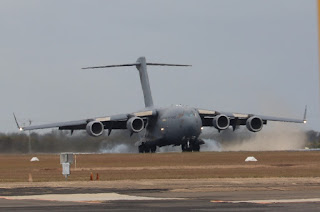 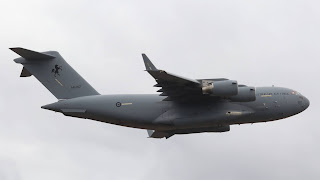 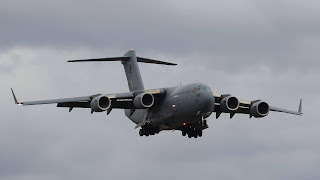 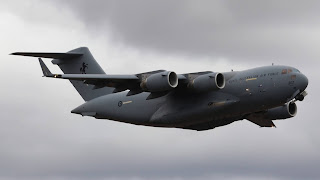 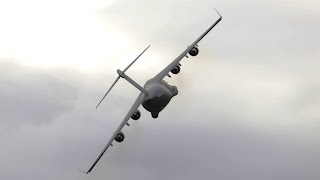 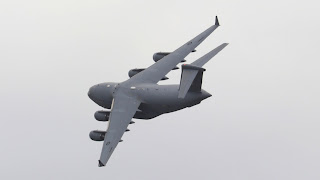 While A41-207 as "Stallion 02" did the same, flying out to sea off Brisbane and then up to Bundaberg Airport where it was spotted above and below completing a couple of touch-and-gos.
It appears that both Globemasters completed air-to-air refueling exercises off the coast of South-East Queensland with two RAAF Airbus A330-203 / KC-30A Multi Role Tanker Transport (MRTT) aircraft noted in the area - A39-002 as "Dragon 67" and A39-004 as "Dragon 65".
Sincere thanks to the local plane spotters for taking the time to capture and send through these great photos and videos!
Photos and videos taken by Peter Sajko and Hayden Matthew Alexander  ©
Posted by Damian F at 10:37 PM