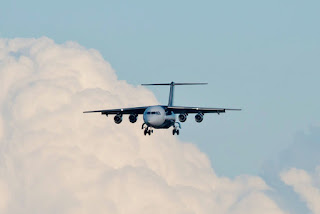 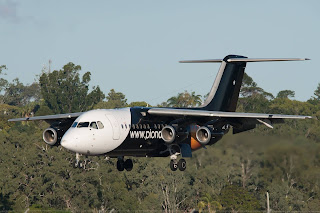 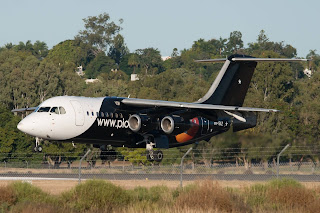 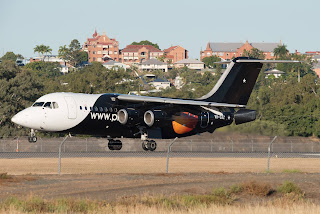 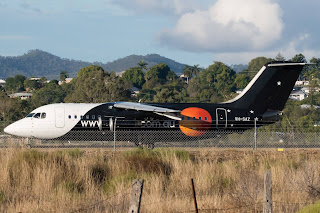 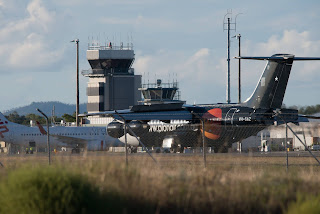 The passenger-configured aircraft touched down on what is believed to be a closed tourist charter flight from Bankstown as 'SFZ9026' / "Skyforce 9026".

At the time of writing, it appears that VH-SAZ is remaining at Rockhampton Airport for at least the night.
UPDATE!  On Wednesday 16 June, VH-SAZ departed Rockhampton Airport and headed all the way up to Horn Island believed to be on the 'regular' school kids charter flight.  It then flew to Toowoomba-Wellcamp Airport - see Blog post above.
VH-SAZ was acquired by Pionair Australia in late 2017 after it previously was operated by Titan Airways in the United Kingdom as G-ZAPK.  The BAe 146 arrived in Australia in early 2018 and has completed several other closed tourist charter flights and Fly-in Fly-out (FIFO) charter flights, before spending some time in Western Australia operating for Cobham Aviation.
Sincere thanks to local plane spotter Scott H for taking the time to capture and send through these great photos!
All photos taken by Scott Harris  ©
Posted by Damian F at 7:10 PM