A nice surprise on Wednesday 2 June with the normally Caloundra-based Surf Life Saving Queensland Eurocopter EC-135P-2 helicopter VH-NVG arriving into Bundaberg North Primary School from there on the first stop of their 'Tropic Chopper Tour' up and Queensland coast. 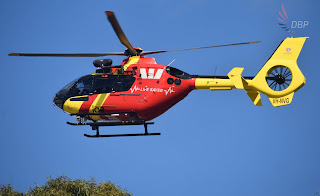 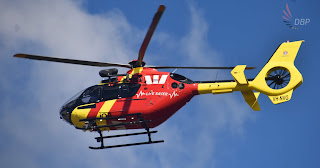 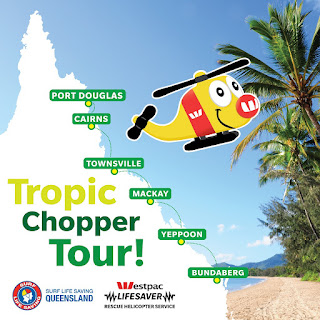 VH-NVG was spotted as it continued over to Bundaberg Airport and then North toward Rockhampton before heading over to Emu Park Primary School.
VH-NVG then flew back to land at Rockhampton Airport.  It also appears to be spending the night parked at Rocky.
UPDATE!  On Thursday 3 June, VH-NVG departed Rockhampton Airport and continued up the coast and made stops at Mackay Christian College and Jezzine Barracks Parade Ground in Townsville where it was open for the public - as shown below. 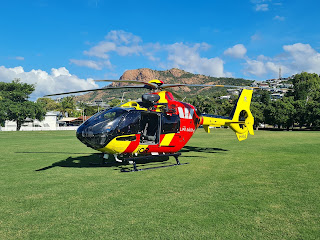 UPDATE!  On Friday 4 June, VH-NVG continued up to Cairns from Townsville, making a stop at St. Andrews Catholic College.
UPDATE!  On Monday 7 June, VH-NVG returned 'home' to Caloundra from Cairns, flying via Townsville, Mackay and Gladstone Airports.
Sincere thanks to Dan B from Dan Beck Photography for allowing us to share these great photos from Bundaberg!