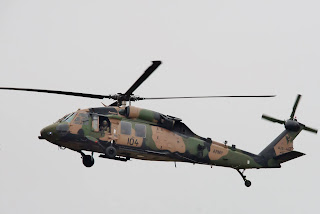 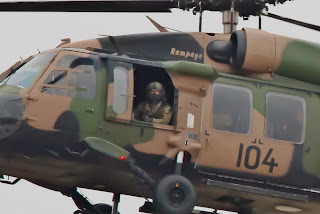 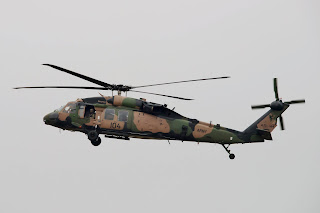 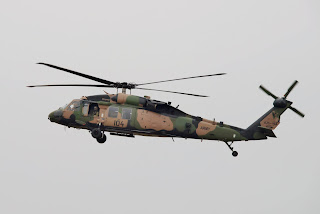 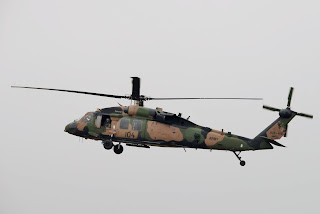 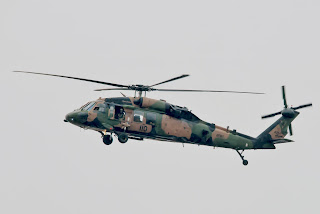 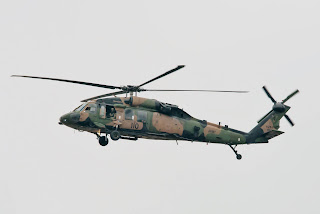 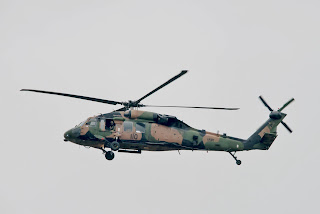 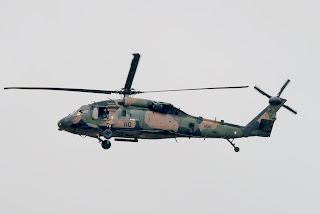 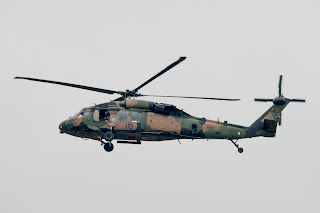 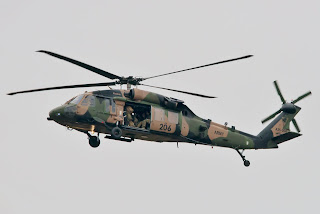 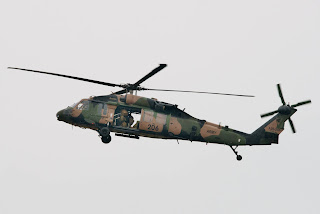 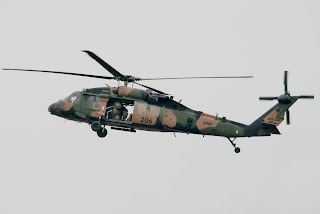 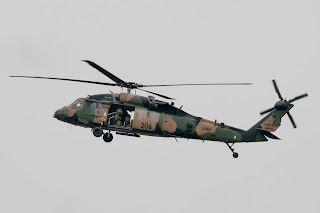 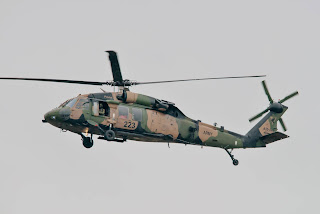 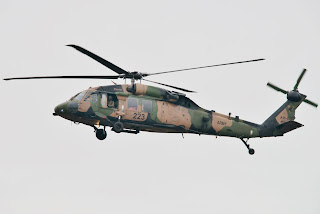 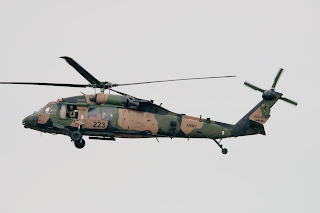 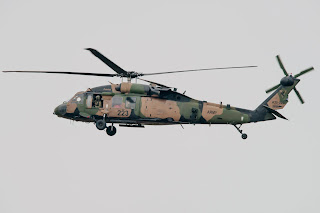 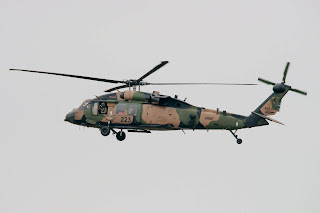 After taking on fuel, three of the four Blackhawks departed Rockhampton Airport for the Sunshine Coast.  They then eventually continued to Amberley.
A25-104 as "Disco 91" remained parked at Rockhampton Airport, reported with a technical problem.
UPDATE!  On Thursday 17 June, A25-104 completed an engine run and was heard using the radio callsign "Justice 104".
UPDATE!  On Friday 18 June, A25-104 finally departed Rockhampton Airport for the Sunshine Coast and ports South as "Disco 91".
All four Blackhawks are believed to be flown by the Australian Army's 171st Aviation Squadron (forming part of the 6th Aviation Regiment) based at Holsworthy Barracks near Sydney.
The four Army Blackhawks were in Townsville for somber reasons with commemorations for the 25th anniversary of the Townsville Blackhawk Tragedy over the previous weekend.
On Wednesday 12 June 1996, during a Blackhawk training exercise near Townsville, 18 men died when two helicopters collided mid-air and crashed.  The Special Air Service (SAS) Regiment and Army Aviation Corps involved were carrying out a night-time counter-terrorism training operation, in preparation for the upcoming 2000 Sydney Olympics.
Sincere thanks to local plane spotter Scott H for taking the time to capture and send through these great photos!
All photos taken by Scott Harris  ©
Posted by Damian F at 9:11 PM