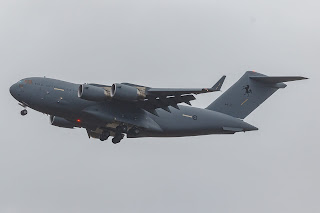 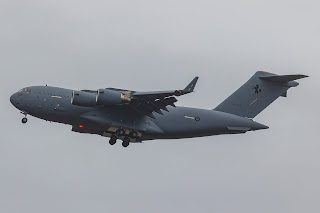 It looked to fly up from RAAF Base Amberley direct to Rocky.  After completing the missed approach, A41-212 then flew down to the Sunshine Coast where it completed more airwork before then returning to Amberley.
A41-212 was heard to be flying as "Stallion 02".
Meanwhile. also on Friday 25 June, fellow RAAF Airbus A330-200 / KC-30A Multi Role Tanker Transport (MRTT) A39-002 was noted completing more airwork also at Rockhampton Airport.  On this occasion, it the flew from Amberley to Cairns before then flying down to complete a missed approach at Rockhampton Airport.
A39-002 - which was flying as "Dragon 70" - then returned to Amberley.
Finally, also on Friday 25 June, RAAF Search and Rescue (SAR) (CHC Helicopters Australia / Lloyd Helicopters) Agusta AW139 helicopter VH-SYJ "Choppa 42" was noted landing at Longreach Airport after a busy day of flying.  It appeared to be returning from a deployment to the Northern Territory and flew from Darwin to Longreach Airport via Borroloola and Mount Isa.
UPDATE!  On Saturday 26 June, VH-SYJ "Choppa 42" departed Longreach Airport for Roma Airport before then returning to RAAF Base Amberley.
Sincere thanks to local photographer Steve V for allowing us to share these great photos!
All photos taken by Steve Vit  ©
Posted by Damian F at 8:48 PM