With Qantas Airways (mainline) now operating into Mackay Airport from Brisbane, the opportunity to photograph their specially painted Boeing B737-800 aircraft is not being passed up by local plane spotter 'JM'. And on Thursday 24 June, they were on the scene as Qantas Airways Boeing B737-800 VH-VXQ - named 'Retro Roo II' called into Mackay Airport operating the QFA986/7 service from and back to Brisbane. 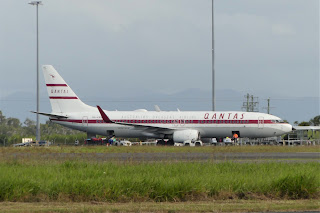 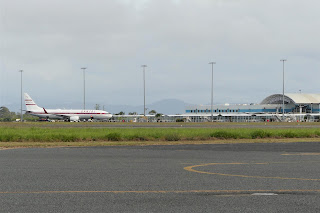 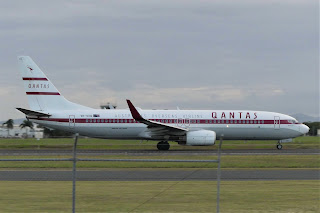 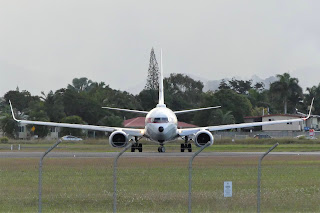 Research reveals that VH-VXQ made its first visit to Mackay Airport back in December 2020 with it not visiting the Sugar City since February.

As mentioned previously on the CQ Plane Spotting Blog, VH-VXQ is painted into the original colour scheme that was introduced by the first jet aircraft that Qantas flew, the Boeing B707, when it first entered service in 1959. In fact, it is a livery similar to that worn by former Qantas Boeing B707 VH-XBA (ex VH-EBA) which is on display at the Qantas Founders Museum at Longreach Airport.