This post has recently been updated based on information obtained about one more King Air VH-WCN that has visited CQ in more recent times.

Our post about the Beech B200 King Air N175JR - which is ex Pearl Aviation VH-TLX - prompted us to do a bit of research and we've discovered some familiar and frequent other King Air visitors to CQ have in fact departed Australia for good in recent times.

A couple of the more recent disposals overseas included Hawker Beechcraft B300 Super King Air VH-WJW, which was once operated by the Wagners Development Company, and in more recent times, by Austrek Aviation out of Toowoomba.

VH-WJW was eventually registered to Aero Charter in Sydney and it was noted re-registered as N741WC and departing Bankstown for Cairns in late May 2016.  It eventually ended up at Daugherty Field Airport in Long Beach (California). 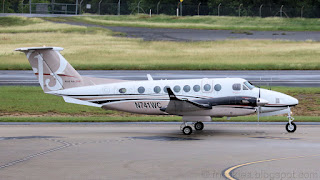 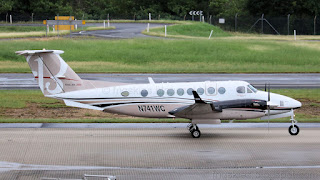 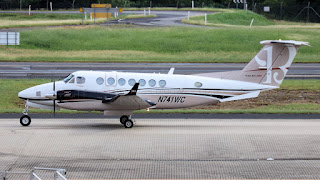 Interestingly, N741WC (VH-WJW) was joined on its flight out of Australia by former Silver Linings Aviation Raytheon B300 Super King Air VH-ZEI (ex VH-ZEK).  It wore the registration marking of N389DD and ended up at the Georgetown Municipal Airport in Texas. 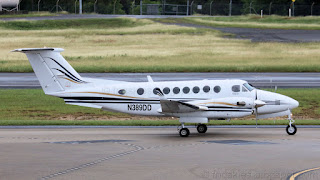 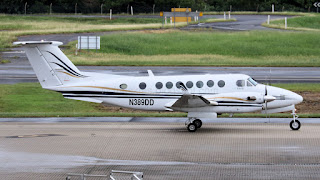 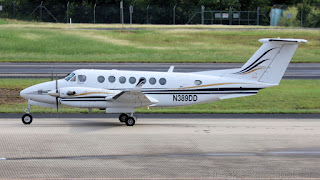 Another Super King Air once operated by Austrek Aviation at Toowoomba that has left Australia was Raytheon B300 VH-JEA which was noted departing Toowoomba for Cairns and overseas in early April 2016.

VH-JEA has since been noted operating in Miami in the USA as N361MM.

Of interest, VH-JEA looked to be utilised by Austrek Aviation in an aerial survey capacity.  It appears that these flights have been taken over by Beechcraft B200GT King Air VH-NMW.


One final King Air that I discovered has departed Australia was the former KJM Contractors' Raytheon B200 King Air VH-KMS which departed Brisbane to Apia (Western Samoa) in late April 2016.

It appears that VH-KMS has joined the Canadian register in early May.

UPDATE!  Upon receiving the July edition of Australian Aviation, I read with interest that in earyl June, former Avcair (Sutherland Aviation) Beech B300LW Super King Air VH-WCN has also departed Australia and has taken up residence in New Zealand as ZK-SMC.

I do like aircraft history like this - if anyone has any useful feedback and/or information about these aircraft - or any other aircraft that frequently visit CQ - please drop us a line via our email address above.

Thanks to the FNQ Skies Blog for their assistance with this post!