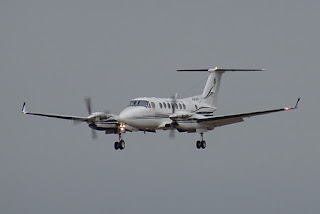 Local plane spotter Micah S was on hand captured a couple of great photos as the Super King Air was parked and awaited its next flight.  It arrived from Lismore as "Envoy 46". 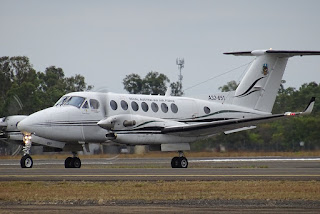 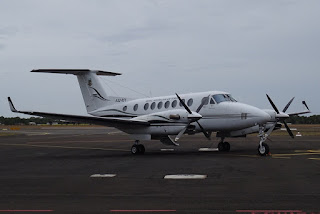 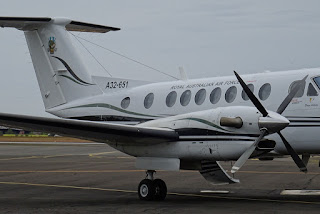 I personally like the additional 'Dingo Airlines' titles that the Super King Air wears in recognition of its service with the RAAF's No. 38 Squadron based at Townsville. 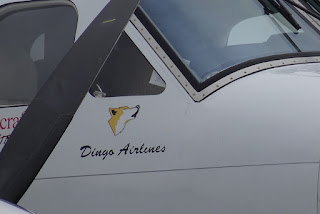 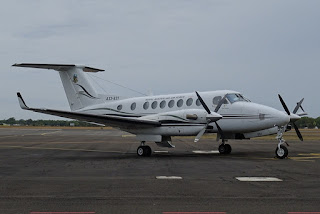 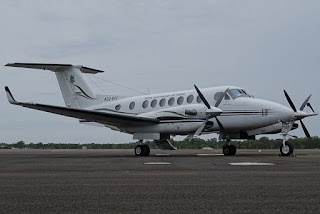 Eventually, A32-651 departed Bundy for Gympie where it appeared to be staying for the night. 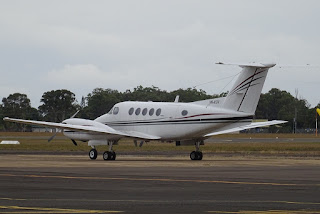 Later, VH-XGV also departed to Gympie so I assume was related to the visit of Mr Joyce(?).

Micah also sends through a couple of photos of a couple of other light General Aviation (GA) visitors to Bundaberg Airport on Wednesday 1 June including Mackay-based Cessna TR182 VH-LXW and Air Queensland (Redcliffe) Tecnam P2008 24-8398. 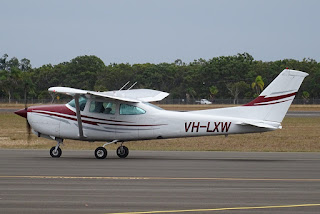 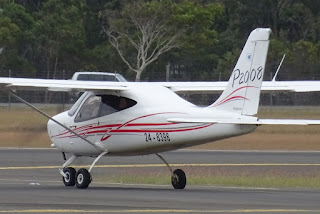 Finally, on Tuesday 31 May, it's worth noting that General Aviation Maintenance (GAM) Dornier DO 228-202 VH-VJD operated the weekday freight run to the Fraser Coast flying flew from Brisbane to Gayndah via Maryborough and Bundaberg and then back later that evening.

And Victoria-based Interair / Photomapping Services Cessna 404 VH-TTZ - which has been operating several aerial survey flights over the region of late - departed Bundaberg Airport for Cairns also on Tuesday 31 May.