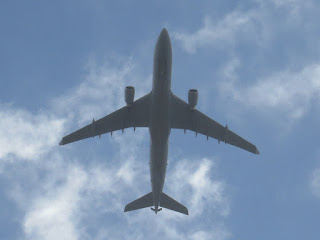 It initially flew up from RAAF Base Amberley to Townsville before flying South to Rocky.  After completing the missed approach at Rockhampton Airport A39-004 returned to Amberley.

It's also worth noting that late on Wednesday 29 June, I captured a long-distance photo of RAAF Beech B350 Super King Air A32-437 preparing to complete a missed approach at my local Clermont Aerodrome as "Dingo 10". 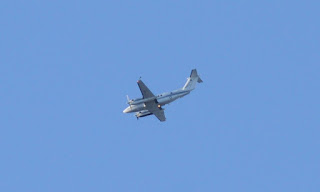 It was noted flying from Townsville and completed airwork at Mackay and Emerald Airports before flying to Clermont.  After completing a missed approach at Clermont Aerodrome, A32-437 returned to Townsville.