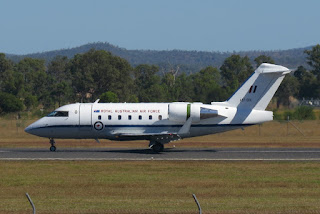 A37-001 initially touched down at Gladstone Airport from Townsville before it flew up to Rockhampton Airport around the middle of the day. 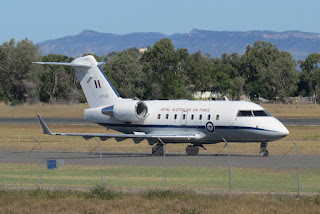 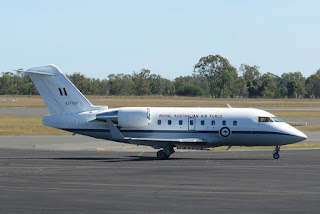 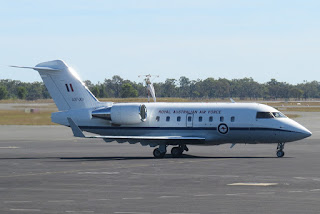 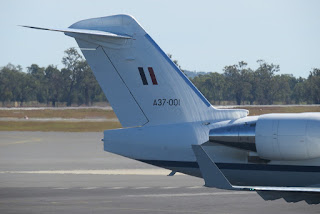 Local plane spotter 'IAD' was on the spot to capture the Challenger's - and Ms Bishop's - arrival into the beef capital. 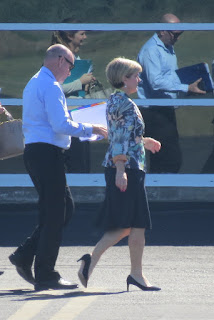 A37-001 was later noted departing to Brisbane.  It was noted using the radio callsign of "Envoy 90" for all flights.

Meanwhile, during the afternoon on Tuesday 7 June,  Australian Army NH Industries MRH-90 Multi-Role Helicopter A40-021 was seen flying overhead Bowen heading South.  It was earlier noted flying out of Townsville as "Destrai 21".  At the time of writing, I am unsure if A40-021 landed at a CQ Airport.