During the afternoon on Monday 20 June, Royal Australian Air Force (RAAF) Boeing C-17A Globemaster III A41-208 was spotted completing a missed approach at Rockhampton Airport.  It had flown up from RAAF Base Amberley. 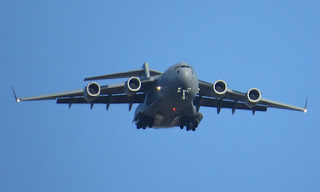 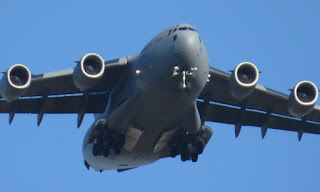 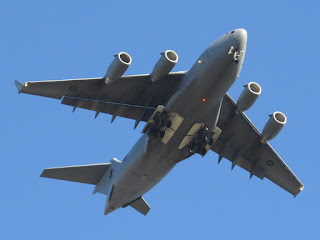 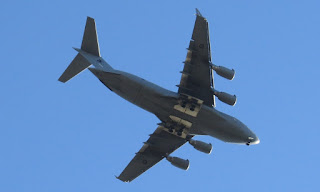 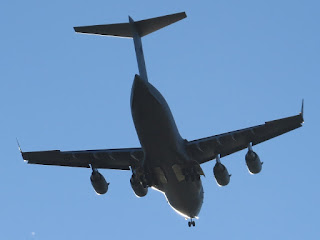 After the approach the big RAAF transport plane headed West to Emerald and then Taroom where it also completed airwork. 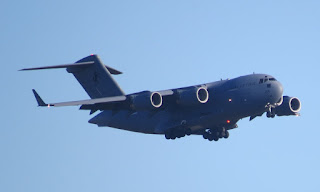 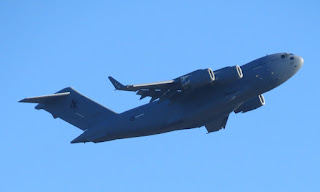 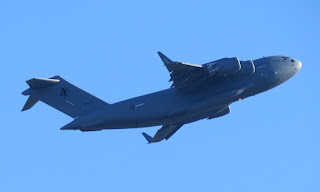 A41-208 then returned to Amberley.  It was noted using the radio callsign of "Stallion 73". 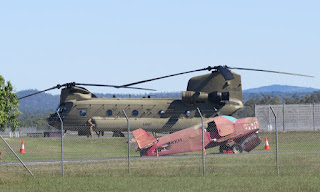 It had earlier flown in from Townsville and later departed to Amberley.  A15-303 was noted using the radio callsign of "Brahman 303".

Thanks to local plane spotter Kayanne H and 'IAD' for taking the time to capture and send through these great photos!

Photos taken by Kayanne Hardsman and 'IAD'  ©
Posted by Damian F at 8:29 PM