A pretty busy day for corporate visitors at both Hamilton Island and Mackay Airports on Friday 24 June with four smart bizjets arriving into the Whitsundays - with one travelling via Mackay Airport.

The bizjet action at Hamilton Island started early on Friday 24 June with Business Aviation Solutions Cessna 650 Citation VII bizjet VH-DHN arriving from the Gold Coast.  It later departed to the Brisbane West Wellcamp Airport near Toowoomba before eventually returning to its Gold Coast base.  This is the second time this week that VH-DHN has visited Hamo.

Arriving at Hamilton Island soon after the Citation was Shortstop Jet Charter British Aerospace BAe-125-1000B bizjet VH-LMP.  It touched down from its Melbourne (Essendon) base and looked to be staying the night. 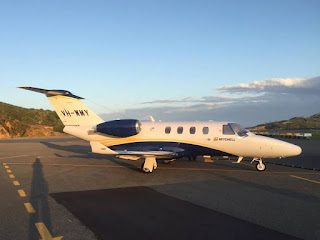 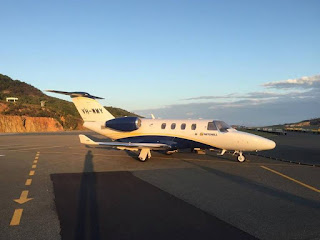 After around 40 minutes on the ground, VH-WMY returned South all the way back to Moorabbin.

However, perhaps the star arrival on Friday 24 June into Hamilton Island Airport - via Mackay Airport - had to be AVWest Aviation of Perth (Western Australia) Bombardier BD-700-1A10 Global 6000 bizjet N599CH which arrived from Sydney and Mackay (where it is pictured below).  It had arrived into Sydney from Perth the previous day. 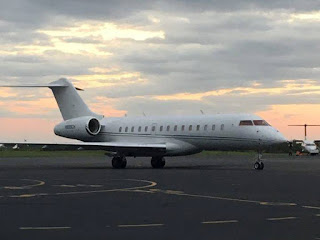 After the short hop up to Hamo from Mackay, we were able to capture and share a couple of great photos N599CH, including some of the 'front office' of the sleek Bombardier bizjet. 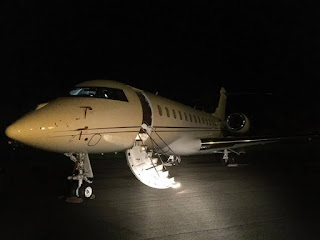 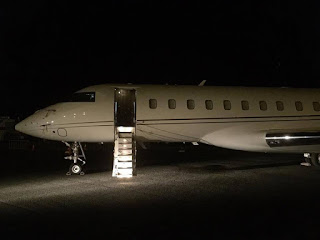 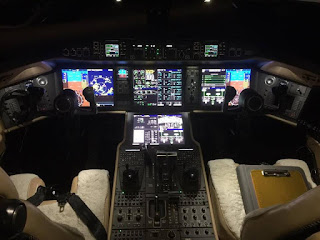 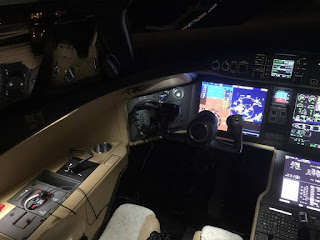 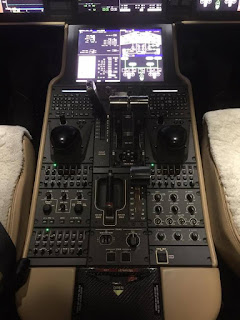 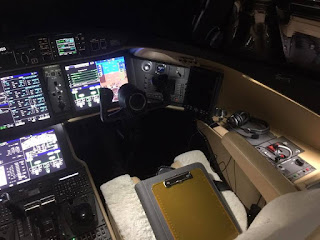 It too looks to be staying at Hamo.


One other notable bizjet movement this week came from Mackay-based Embraer EMB-550 Legacy 500 N142GZ operated from Mackay Airport to Brisbane and back over the course of Tuesday 21 June and Thursday 23 June. 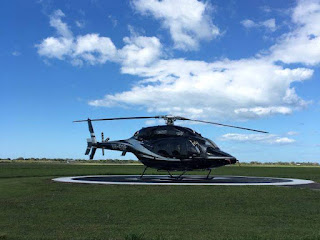 VH-EQP is reportedly set to fly onward to Moranbah Airport on Saturday 25 June.

UPDATE!  It appears that VH-EQP did fly West over the weekend and it was noted departing from Wanella Station near Coppabella on Monday 27 June for Gladstone and Southport.