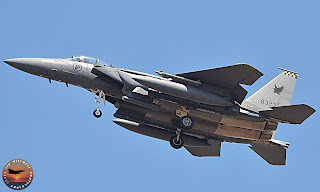 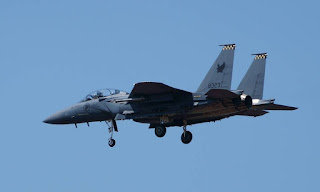 The documents also indicate that the Exercise is due to take place around the Shoalwater Bay Training Area (SWBTA) from Thursday 15 September to Monday 7 November.

As usual, there will be a significant deployment and redeployment of personnel and equipment taking place before, during and after the Exercise through Rockhampton Airport, which will most likely be highlighted by several heavy jet passenger and cargo charter flights including multiple visits by the the giant Antonov AN-124 cargo jet.

During the Exercise, it is expected that participating aircraft - including the F-15s, as well as Lockheed C-130 Hercules transport aircraft and military helicopters including Boeing CH-47 Chinooks, Boeing AH-64D Apache and Aerospatiale / Eurocopter AS332M Super Puma helicopters - will operate from both Rockhampton Airport and from within the Exercise area. 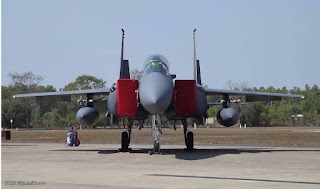