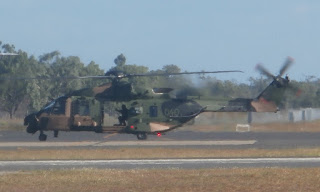 On Thursday 9 February, Australian Army NH Industries MRH-90 Multi-Role Helicopter A40-040 was spotted on approach to and then parked at Rockhampton Airport.  It flew into Rocky from the South. 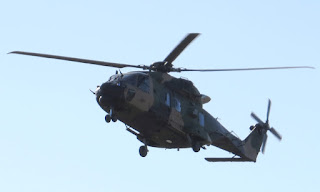 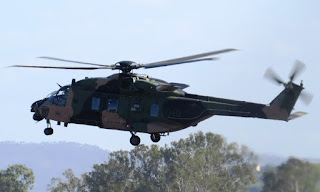 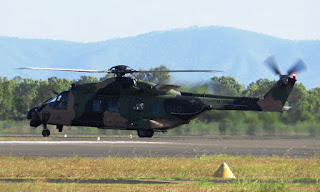 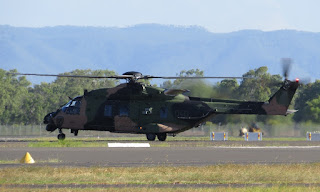 After taking on fuel, A40-040 departed to Townsville.  It was heard to be using the radio callsign of "Pegasus 11".

This is the second (what I believe to be) new MRH-90 to ferry through Rockhampton Airport heading North to Townsville where the Army's 5th Aviation Regiment is based.  The "Pegasus" callsign suggests that this MRH-90 is part of 'Headquarters Squadron'.

As reported below, on Tuesday 7 February, MRH-90 A40-039 was spotted ferrying to Townsville as "Destrier 39" which is the callsign of 'A Squadron' of the 5th Aviation Regiment.