While its exact movements are not fully known, it appears that VH-SGA arrived into Emerald from its Melbourne (Essendon) base and departed around lunchtime for the Sunshine Coast. It appears to have then returned to Essendon.

This is the second corporate Global Express type bizjet to visit Emerald Airport this week with American registered Bombardier BD-700-1A10 Global 6000 bizjet N60XC arriving from Brisbane on Sunday 29 January.  It was spotted sitting on the Emerald Airport apron on Monday 30 January. 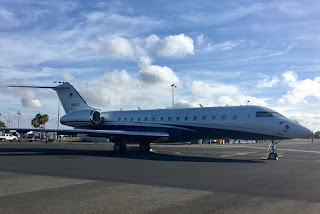 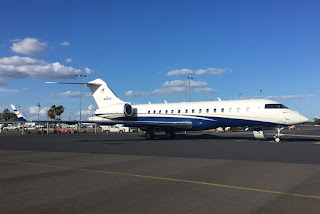 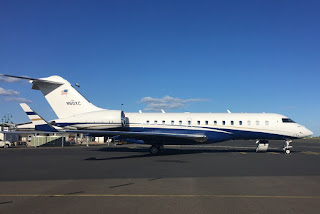 After staying for a couple of nights, and after it's passengers had completed several engagements around local mine sites, N60XC was noted finally departing Emerald Airport late on Tuesday 31 January for Brisbane.

Thanks to the local Emerald plane spotters for allowing us to share their great photos!