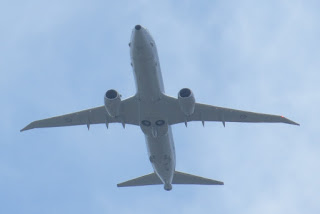 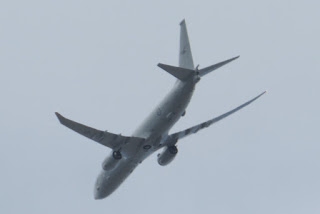 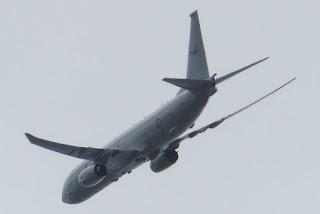 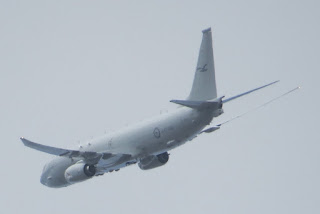 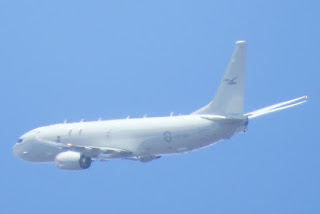 The RAAF's first P-8A Poseidon aircraft flew up from RAAF Base Amberley and completed the missed approach as Rocky before heading out to sea where it was believed to have completed "military operations" alongside a Surveillance Australia / Australian Border Force (ABF) Dash-8.  It eventually returned to Amberley to complete more airwork before heading 'home' to its RAAF Base Edinburgh.

It was the Poseidon's second visit to CQ this week - see Blog post below - and on this occasion A47-001 was heard to be using the radio callsign of "Blackcat 13".

Finally, it's also worth mentioning that in-between the excitement of the Poseidon's first visit to CQ, RAAF Beech B350 Super King Air A32-651 was noted completing airwork also at Rockhampton Airport but on Monday 13 February.  It flew South from Townsville and continued to the Sunshine Coast.  It was heard to be using the radio callsign of "Dingo 20".

Sincere thanks to local plane spotter Kayanne H for taking the time to capture and send through these great photos of a great first time visitor to CQ!