Making a surprise but most welcome arrival into Gladstone Airport after dark on Thursday 16 February was Nauru Airlines Boeing B737-319 VH-XNU.  It arrived from Brisbane as RON900. 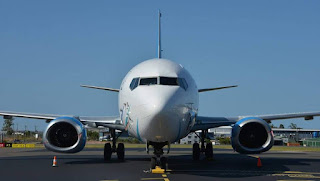 VH-XNU was parked at Gladstone Airport for all of Friday 17 February and finally departed for Darwin long after the sun had set, again flying as RON900. 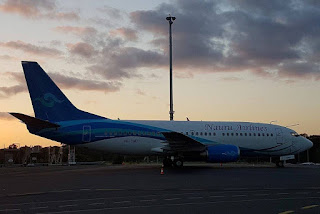 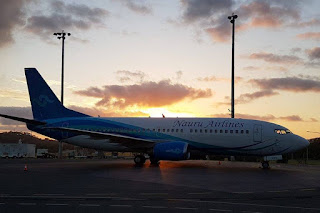 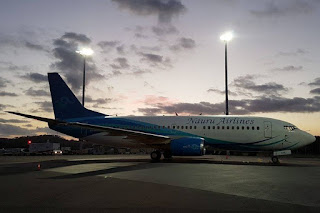 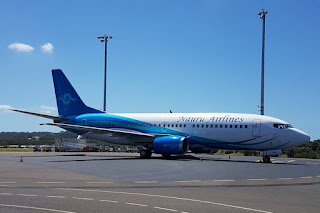 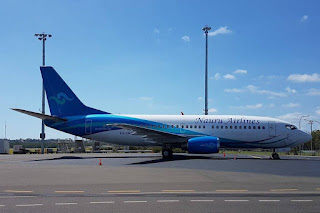 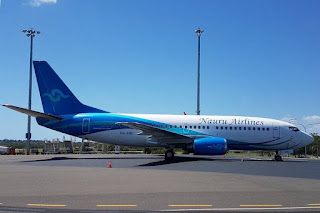 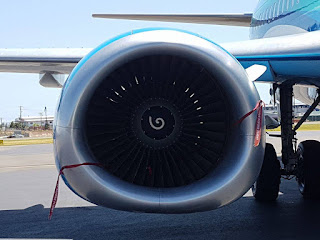 It is believed that VH-XNU was chartered by the Australian Federal Government to transfer to Darwin 29 illegal Vietnamese fisherman that were intercepted off the coast of Gladstone during this last week.

Nauru Airlines (the trading name of Nauru Air Corporation) and formerly known as 'Our Airline' and 'Air Nauru', is the national airline of the Republic of Nauru.  It currently operates scheduled international services from Nauru to other Pacific Islands and Australia.  Nauru Airlines also operates various charter flights to locations in Australia, Asia, New Zealand, South and Central Pacific.

As Our Airline, the bright and colourful Boeing B737s were a common sight especially at Gladstone Airport during the recent resources boom with the airline operating regular Fly-in Fly-out (FIFO) charter flights from and back to Brisbane.

Sincere thanks to the local plane spotters for taking the time to capture and send through these great photos of a great visitor to the Port City!

Photos taken by Michael Fleetwood and 'Mick'  ©
Posted by Damian F at 9:06 PM