As we've reported below, over the last couple of weeks, Alliance Airlines Fokker F-100 VH-UQW has been noted visiting a couple of Central Queensland Airports, mostly operating for Virgin Australia.  VH-UQW is the latest Fokker F-100 aircraft to start flying with Alliance Airlines, looking to operate its first flight in January this year. 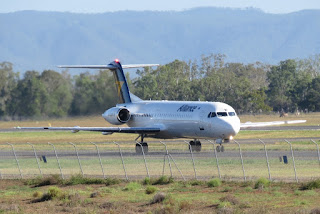 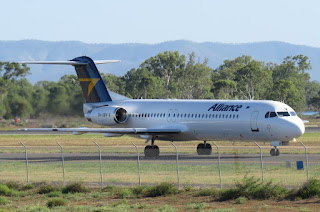 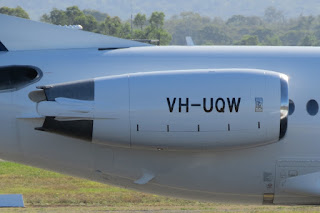 On Saturday 25 February, VH-UQW was photographed making its first visit to Rockhampton Airport, again operating on behalf of Virgin Australia, flying in from Brisbane as VOZ1245.  It later departed back to Brisbane as VOZ1248. 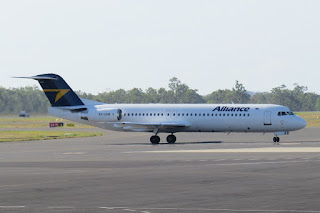 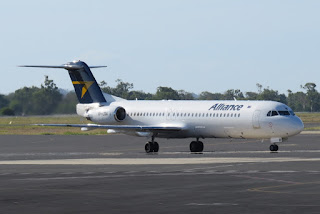 Earlier in the day, and during most of last week, VH-UQW had operated a return flight to Emerald Airport and back from Brisbane again on behalf of Virgin Australia.  Also during last week, it was noted operating into Mackay Airport also for Virgin Australia, along with some flights from and back to Brisbane for Alliance Airlines on their Fly-in Fly-out (FIFO) charter runs.

Sincere thanks to local plane spotter 'IAD' for taking the time to capture and send through these great 'first photos' of VH-UQW in Central Queensland!