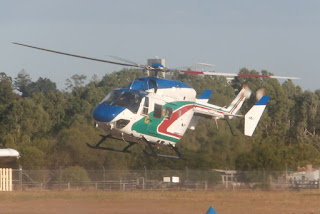 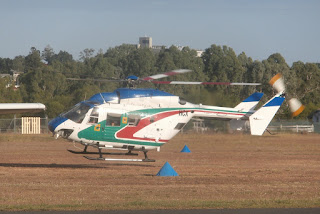 Acording to the fantastic MRC Aviation Blog in New Zealand, ZK-HCX was noted at the Ports of Auckland last Tuesday 7 February in preparation for shipping to Brisbane.  From Brisbane, ZK-HCX is believed to be ferrying North through Queensland to an operator in Papua New Guinea (PNG). 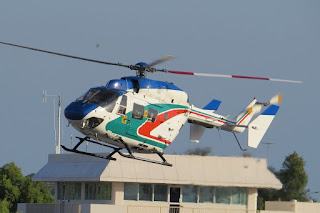 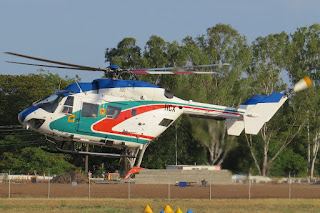 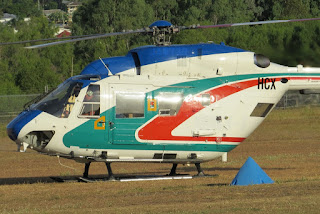 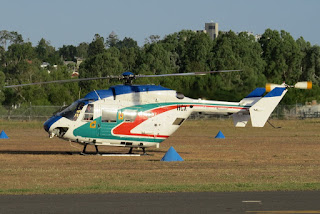 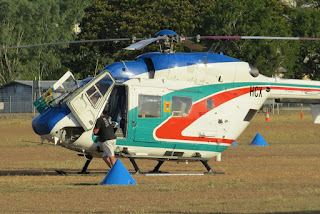 ZK-HCX looked to be staying for the night at Rockhampton Airport and on Friday 17 February, it was planned to continue to Cairns, and then presumably ports further North after that.

Another familiar chopper that was spotted also at Rockhampton Airport on Thursday 16 February was Bell 407 VH-CMI which is based at the Whitsunday Airport at Shute Harbour (WAVE). 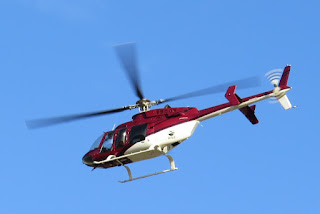