On Tuesday 7 February, Virgin Australia Embraer E-190 jet VH-ZPH was spotted at Gladstone Airport operating the morning VOZ1707/1710 rotation from and back to Brisbane. 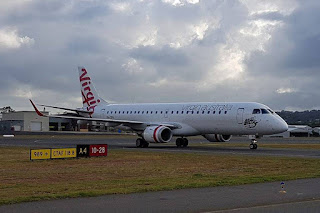 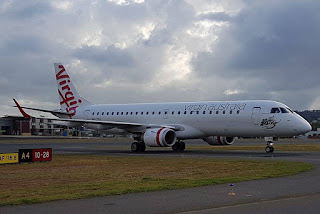 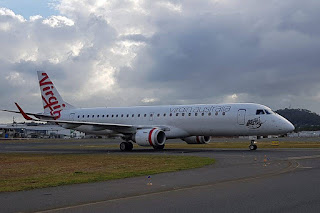 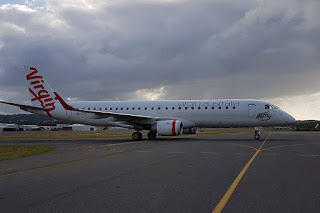 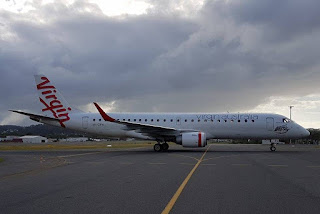 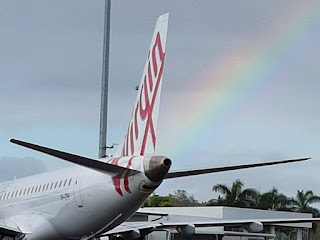 VH-ZPH then returned to Gladstone Airport early on Wednesday 8 February, again operating the early morning VOZ1707/1710 service from and back to Brisbane. 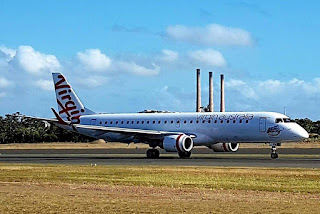 A little later in the morning, fellow Virgin Australia Embraer E-190 jet VH-ZPN was also spotted calling into Gladstone Airport but operating the mid-morning VOZ1709/1712 service also from the back to Brisbane.

Given that the E-190s are slowly being retired - see Blog post below - it is always nice to see them visiting CQ!