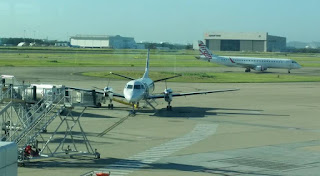 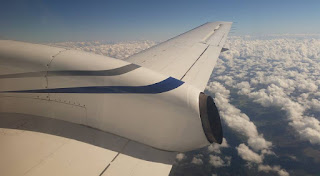 VH-VEP touched down at Bilo from Brisbane as flight FC443, completing the airline's first service on their new Regular Passenger Transport (RPT) service to the 'Shire of Banana' region. 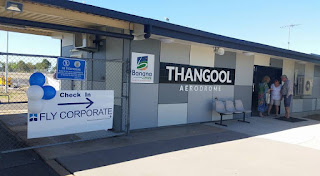 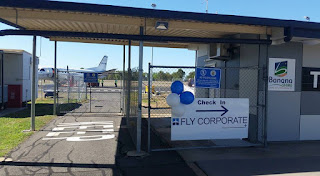 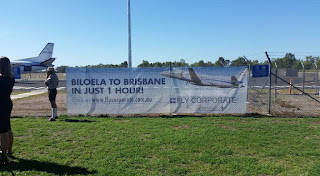 Fly Corporate announced in December 2016 that they would operate RPT services into Biloela / Thangool Airport following the withdrawal of services by Qantas. Fly Corporate will operate 34-seat SAAB 340B Plus turbo-prop aircraft on afternoon return flights from Brisbane on Mondays and Fridays, as well as morning return services every weekday. They will also offer a Sunday afternoon return service. 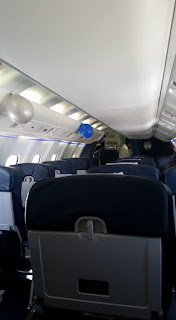 VH-VEP then operated the return FC444 flight back to Brisbane.

We sincerely thank Brisbane plane spotter and aviation enthusiast Brandon G for allowing us to share a small selection of his photos as he joined Fly Corporate on the first flight into Biloela / Thangool Airport!

All photos taken by Brandon Giacomin  ©
Posted by Damian F at 9:55 PM