On Friday 10 February, Pacific Aerospace (PAC) 750XL ZK-KDL was spotted at Longreach Airport shortly after it had arrived from the Gold Coast. 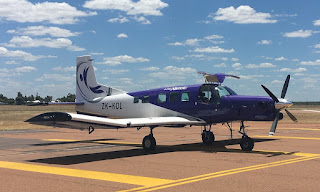 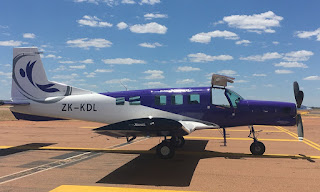 After taking on fuel (and after the crew had lunch) ZK-KDL continued to Tennant Creek.  It was due to continue to Broome on Saturday 11 February before heading overseas in the days after.

ZK-KDL had ferried into the Gold Coast from Auckland and Norfolk Island on Tuesday 7 February having flown in from Pacific Aerospace's home based of Hamilton (New Zealand) the previous day.

The starboard side of the aircraft has a parachuting door and reports suggest that ZK-KDL will ultimately end up in Thailand.