On Saturday 18 February, Royal Australian Air Force (RAAF) Lockheed AP-3C Orion A9-659 was noted completing airwork at Longreach Airport.  It possibly flew North from RAAF Base Edinburgh in South Australia and was heard to be using the radio callsign "Striker 06". 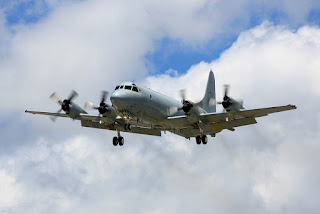 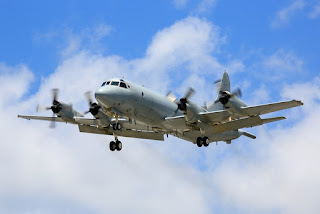 The "Striker" callsign suggests that it was from 10 Squadron which is based at Edinburgh.

A9-659 continued on to Townsville where local plane spotter Leroy captured these great images above as it was on final approach.

A9-659 was then believed to have departed Townsville for Darwin.

Of interest, also on Saturday 18 February, fellow RAAF Lockheed AP-3C Orion A9-660 which was flying as "Striker 60" was also noted arriving into Townsville from the South but is not believed to have completed airwork while on the way!