On Tuesday 21 February, local plane spotter Micah S was on hand at Bundaberg Airport as the Queensland Government (State of Queensland) Raytheon B300 Super King Air VH-SGQ popped in for a couple of hours from Brisbane. 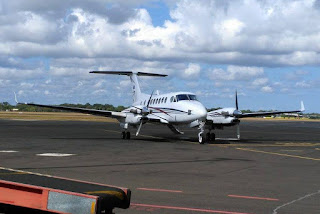 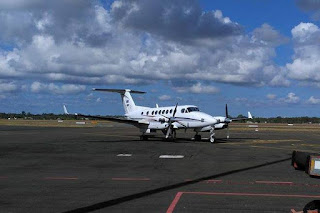 It later returned to the capital.

Meanwhile, on Monday 20 February, the now becoming familiar sight of Vanderfield Pilatus PC-12/47 VH-WPH passed through Bundy arriving from its Toowoomba base and later departing to Emerald Airport.

UPDATE!  Of interest, VH-WPH returned to Bundaberg Airport twice on Wednesday 22 February during a busy day of flying which saw it fly from Toowoomba to Boonah then Bundaberg before continuing to Bowen Airport.  It later returned to Toowoomba over the same route.