On Monday 6 February, Virgin Australia Embraer E-190 VH-ZPM looked to have departed Australia for good, flying out of Brisbane for Apia (Tonga) as VOZ9901.  It has since continued to Honolulu (Hawaii), Van Nuys (California) and Nashville (Tennessee) for post-lease maintenance. 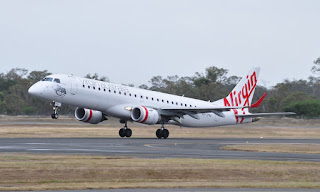 VH-ZPM was one of three new-production E-190 aircraft that were ordered in 2007 by (at the time) Virgin Blue.  It rolled off the production line and was delivered shortly after to the airline at Christchurch in New Zealand in May 2009.


VH-ZPM was delivered in the full livery of 'Pacific Blue' Airlines which was Virgin Blue's New Zealand based subsidiary airline that flew mostly services across the Tasman Sea.  VH-ZPM was joined by VH-ZPN is wearing this livery but they both never actually flew services for Pacific Blue despite wearing the livery.

VH-ZPM was noted wearing the name 'Emma-braer' and completed a series of 'demonstration' flights in New Zealand before flying across to Australia.  It operated its first revenue service for Virgin Blue / Virgin Australia in late May 2009 when it operated as DJ1245 from Brisbane to Rockhampton.

VH-ZPM continued to operate for the airline in full Pacific Blue colours until 2011 when the airline was re-branded as Virgin Australia and eventually the E-190 was repainted and then re-named as 'Maroochydore Beach'. 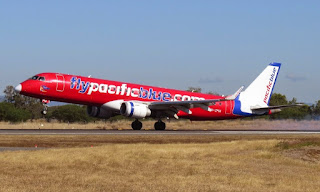 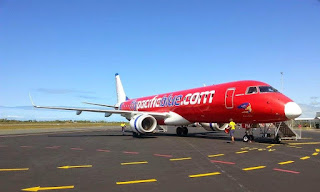 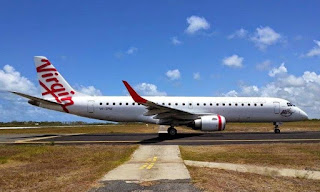 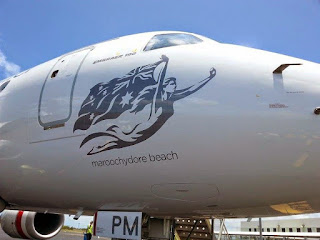 It's sad to see the E-190s disappearing - and as we have been reporting - Virgin Australia will eventually withdraw all remaining Embraer E-190 jets, as well as between four and six ATR 72 turboprops, on a cost-cutting program across all parts of the airline which will also include an unspecified number of job losses.

It was interesting to note that VH-ZPM's final visit to CQ was on its last day of operations for Virgin Australia on Sunday 5 February when it paid Mackay Airport a visit, operating as VOZ607/610 from and back to Brisbane.  VH-ZPM also visited Rockhampton Airport on Friday 3 February.