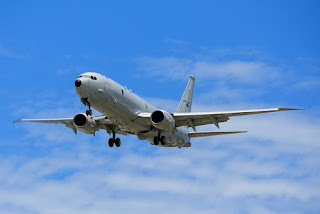 The RAAF's first P-8A Poseidon aircraft is pictured arriving into Townsville after completing a flight North from RAAF Base Edinburgh via airwork at Tamworth, the Gold Coast and eventually Hamo.  After a short time on the ground at Townsville, it returned South to RAAF Base Amberley. 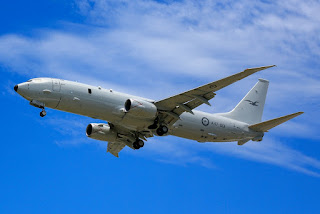 The first aircraft arrived in Canberra in November 2016, with the remaining 11 aircraft to be delivered by March 2020. Initial Operational Capability (IOC) for the first eight P-8A's is scheduled for the period 2017 - 2020.

Sincere thanks to Townsville plane spotter Leroy for allowing us to share his great photos of this great visitor to Queensland!