On Monday 27 February, Royal Australian Air Force (RAAF) Boeing C-17A Globemaster III A41-207 called into Rockhampton Airport. It was heard to be using the radio callsign of "Stallion 62". 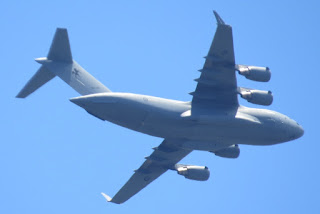 It looked to fly in from around Charleville and after landing, parked on the southern end of Rockhampton airport Parking apron. 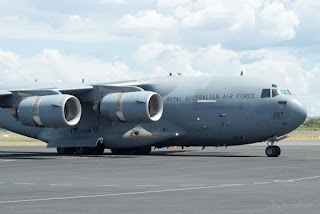 After appearing to complete a crew change, The Globemaster then departed to the North where it was heard to complete airwork around Proserpine (Whitsunday Coast) Airport before continuing further north to Townsville. 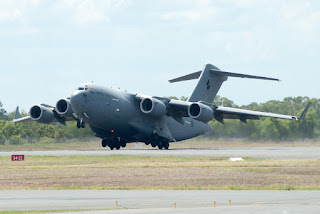 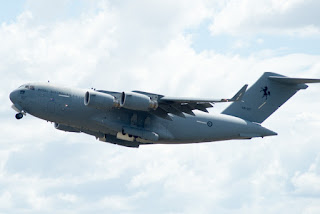 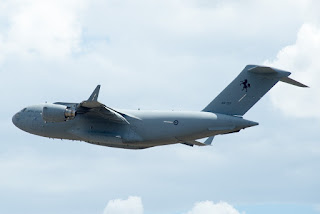 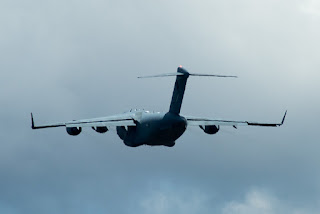 The pattern of large RAAF transport jets landing at Rockhampton Airport is a nice change for the new year. As reported, last Tuesday 21 February, RAAF Airbus A330-203 / KC-30A (MRTT) A39-001 landed at Rockhampton airport after completing a flight north from RAAF base Amberley. 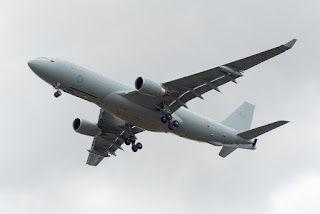 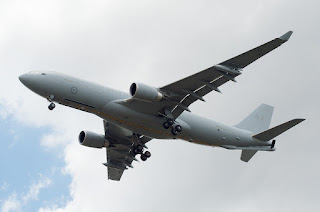 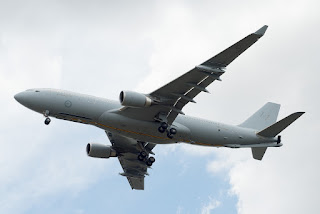 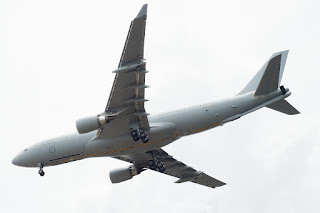 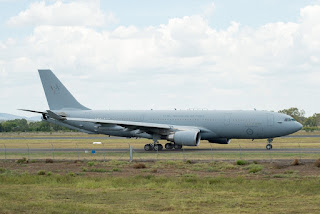 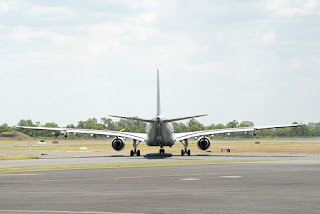 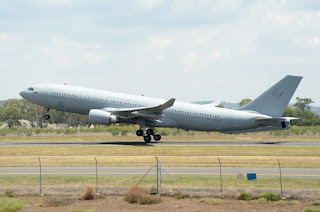 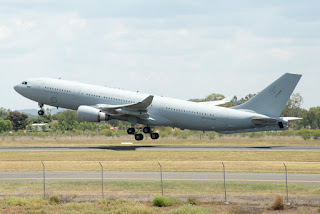 It was heard to be flying as "Dragon 20" and also completed a crew change while on the ground at Rocky before it departed back to Amberley.