The Virgin Australia Boeing B737-700 jets - VH-VBY and VH-VBZ - which have been operating predominately in Western Australia, look to be starting to operate more routes on the East Coast of Australia, and over recent days, they have both operated into both Gladstone and Rockhampton Airports. 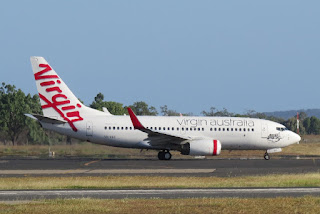 On Saturday 11 February, as mentioned on our Facebook page, VH-VBZ operated into both Gladstone and Rockhampton Airports.  It initially called into Gladstone Airport operating the scheduled VOZ1709/1712 service from and back to Brisbane.  It then called into Rockhampton Airport (as shown above and below) operating the scheduled VOZ1245/1248 service also from and back to Brisbane. 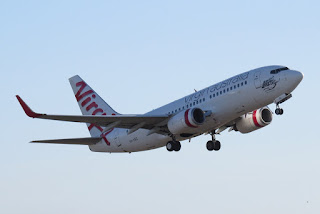 Then late on Sunday 12 February, VH-VBY operated into Gladstone Airport (as shown below) operating the scheduled VOZ1717/1720 service from and back to Brisbane. 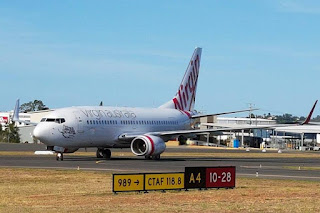 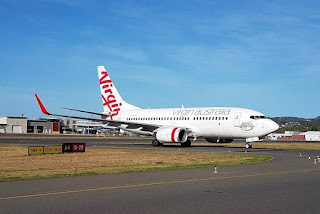 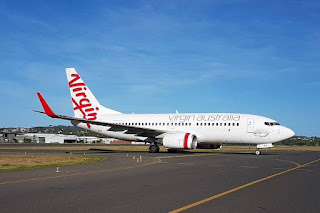 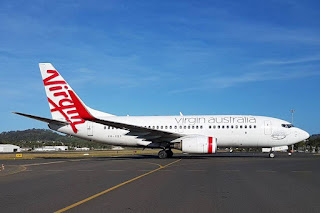 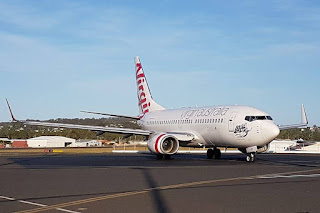 It is presumed that with the further withdrawal of Virgin Australia's current fleet of Embraer E-190 jets - along with the planned withdrawal of the ATR 72 turboprops also from the fleet - that these two Boeing B737-700s and the larger B737-800s will become a more familiar sight at the various CQ Airports, particularly including Gladstone Airport.

Moreover, it is also highly likely that Virgin Australia may instead elect to operate Alliance Airlines Fokker F-70 and F-100 jets on some of these services are they currently do on flights to and from Emerald and Cloncurry Airports, along with some services to Mackay Airport.

Sincere thanks to the local plane spotters for capturing and sending through these great photos of a couple of rare aircraft to call into CQ!