Also spotted at Rockhampton Airport on Wednesday 22 February was another nice helicopter in the form of Messerschmitt Bolkow Blohm MBB BO105 S VH-ZXW. 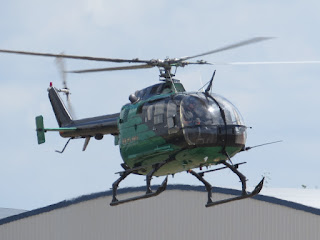 The German-built helicopter is operated by Skyline Aviation of Marks Point in New South Wales (NSW). 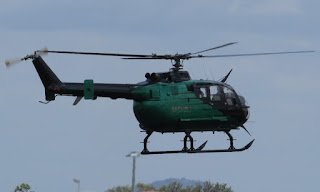 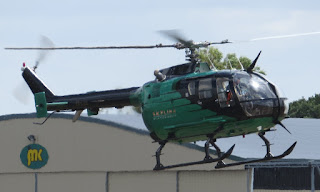 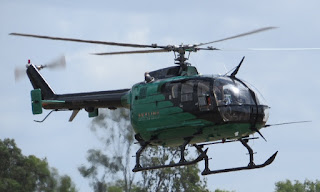 VH-ZXW was reportedly on a flight from North to Mackay Airport but turned back and landed at Rockhampton Airport reportedly due to inclement weather in and around Mackay.  It was earlier noted completing a flight from Balina / Byron Gateway Airport in the Northern New South Wales to the Sunshine Coast.

Sincere thanks to local plane spotter Kayanne H who was at the right place at the right time to capture these great photos!

All photos taken by Kayanne Hardsman  ©
Posted by Damian F at 8:31 PM