Early on Thursday 21 December, Toowoomba-based Bontrail (Strahman Farms) Cessna 208 Caravan VH-SJJ was spotted soon after arriving at Bundaberg Airport.  It touched down from Toowoomba after earlier completing a dawn flight to the Balina / Byron Gateway Airport in Northern New South Wales and back. 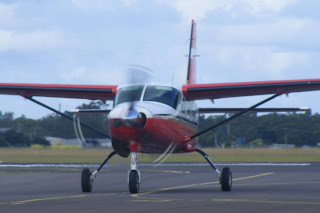 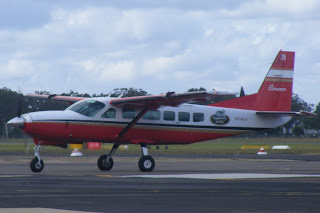 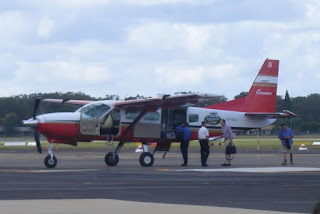 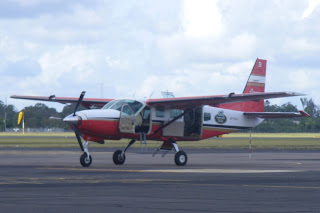 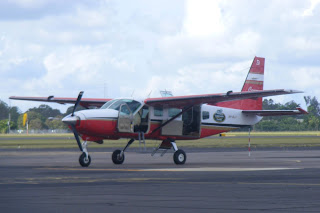 After spending much of the day parked, it returned to Toowoomba later in the day.  It is then due to fly to Brisbane, Balina and then back to Toowoomba.  A busy day!

Also spotted departing Bundaberg Airport early on Thursday 21 December was Wolff Aviation Hawker Beechcraft C90GTi VH-VWG.  It was believed to be flying to its Toowoomba base, after arriving from there a little earlier in the morning. 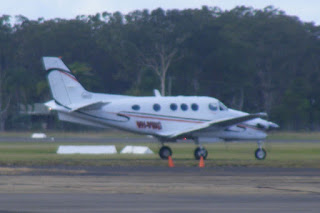 It was also interesting to note that late in the afternoon on Thursday 21 December, beautifully presented 1959-build De-Havilland Canada DHC-2/A1 Beaver VH-AAX ferried into Bundaberg Airport from Innisfail and Bowen.  The Beaver is used for parachuting operations in North Queensland and could be ferrying back to New South Wales where it is registered with the Sydney skydivers.

Finally, up at Rockhampton Airport, Brescon P/L Beech B200 King Air VH-WXB called in during a busy day of flying also on Thursday 21 December.  It arrived from the Toowoomba West Wellcamp Airport via Warwick.  VH-WXB is scheduled to return to Warwick and Wellcamp early on Friday 22 December.