On Friday 15 December, Royal Australian Air Force (RAAF) Canadair CL-600-2B16 Challenger 604 bizjet A37-002 was back in CQ, spotted calling into Rockhampton Airport returning back to the South, after it was noted flying North via Longreach Airport on Thursday 14 December - see Blog post below. 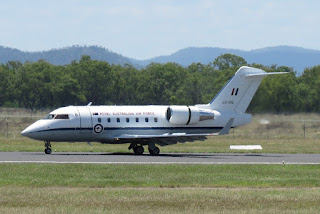 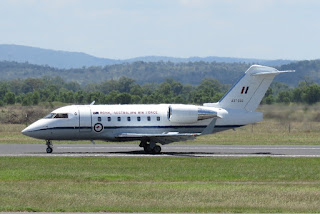 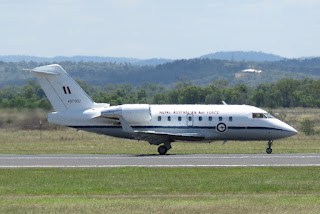 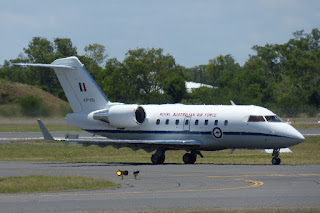 It looked to arrive from Townsville via airwork at Cairns.

After a short while on the ground, A37-002 looked to depart to Tamworth and points South.  Like its trip North the previous day, the Challenger was heard to be flying as "Envoy 29".