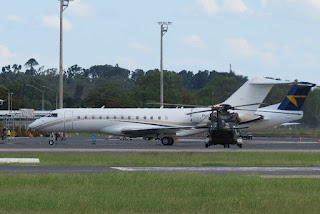 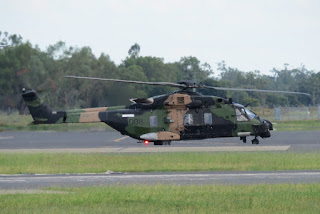 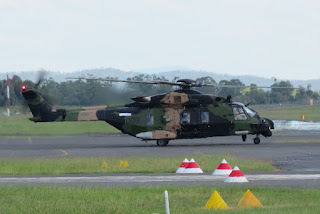 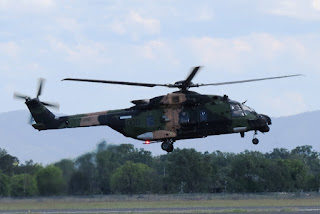 It was heard to be flying as "Pegasus 09" and arrived from its Townsville base.  After taking on fuel, A40-008 continued South to Oakey.

UPDATE!  On Friday 8 December, MRH-90 A40-008 - again flying as "Pegasus 9" - returned to Rockhampton Airport, flying back up from Oakey, initially to complete airwork in the Shoalwater Bay Training Area (SWBTA) before landing at Rocky for fuel.  It then departed to Townsville.