Also on Saturday 2 December, the once familiar sight of a QantasLink (Cobham Aviation) Boeing B717-200 returned to Rockhampton Airport with VH-NXJ touching down on the resumption of Qantas / QantasLink jet services to the beef capital. 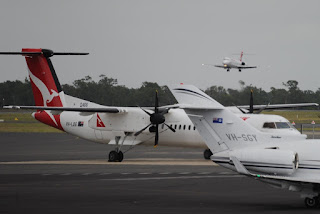 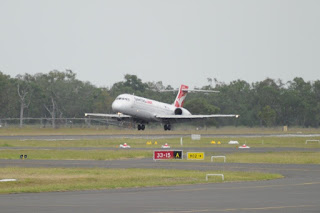 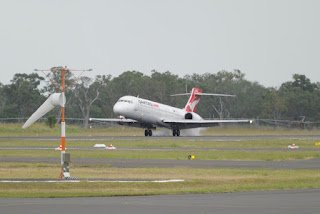 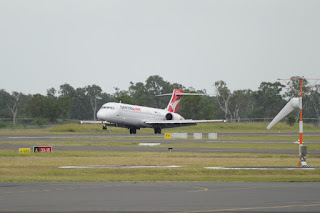 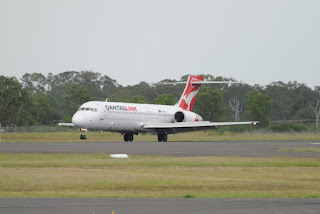 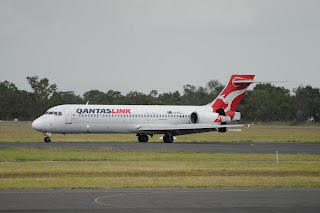 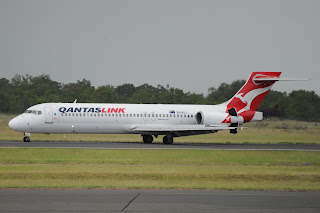 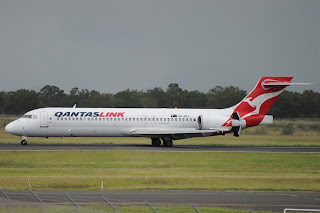 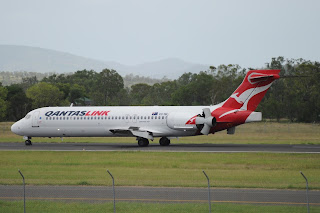 VH-NXJ was operating the late morning QJE1776/1777 service from and back to Brisbane. 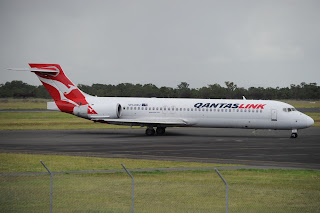 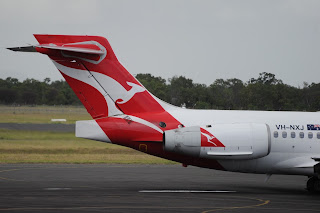 As mentioned previously, Qantas / QantasLink has adjusted flight schedules into several Central Queensland towns in response to a combination of factors leading to issues with the availability of aircraft and crew.  Travellers to and from Rockhampton will now fly on QantasLink's Boeing B717-200 jet aircraft on some services - replacing smaller and much maligned Dash-8-Q400 turboprop aircraft.

Sincere thanks again to Rockhampton plane spotter Daniel B for taking the time to capture and send through these great photos as the Boeing B717-200 returns to Rocky!

All photos taken by Daniel Bishop  ©
Posted by Damian F at 6:31 PM