It is not believed however that the MH-60R - seemingly of the RAN's 816 Squadron - ever made landfall with its operations heard to be ship-to-ship transfers out to sea.

Meanwhile, early on Sunday 3 December, Jason M from locally-based J.M Photography (https://www.facebook.com/photographybyjasonm/) was at Yeppoon to capture some action as HMAS Canberra steamed towards the Capricorn Coast before deploying as many as three LCM-1E amphibious mechanised landing craft. 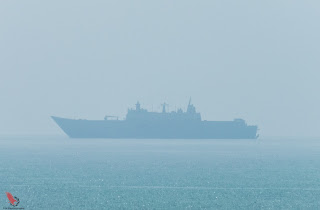 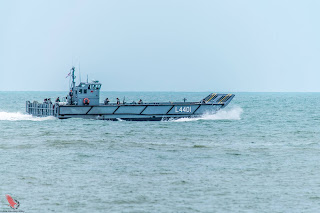 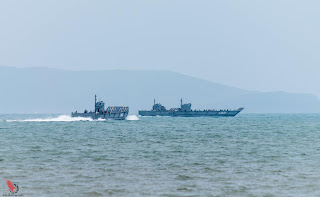 The Poseidon has been identified as 169005/LC-005 of the US Navy's Patrol Squadron Eight (VP-8) 'The Fighting Tigers' and has been completing almost daily sorties from and back to RAAF Base Amberley where it is currently based.  The sorties have seen the Poseidon fly North and descend over waters off Gladstone where it then completes operations at low level before returning to Amberley.  169005/LC-005 has been heard using the radio callsign of 'KR757' / "Kilo Romeo 757".

Certainly some great Navy action off the coast of CQ!