On Sunday 3 December, Royal Australian Air Force (RAAF) Boeing B737-7DF(BBJ) A36-002 was spotted on the ground at Rockhampton Airport.  It had earlier arrived from Townsville and was heard to be using the radio callsign of "Envoy 02". 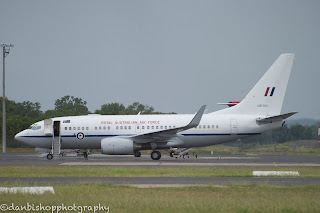 After taking on fuel, A36-002 departed to RAAF Base Amberley and further points South. 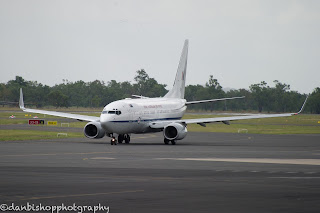 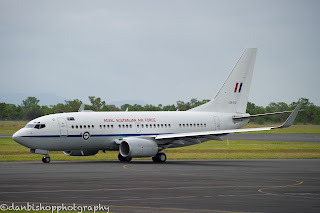 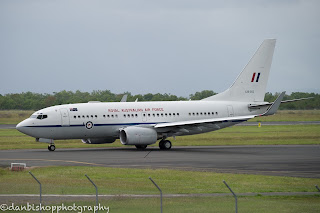 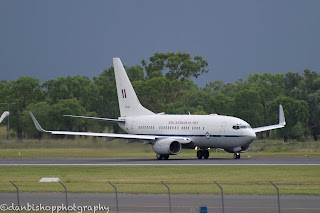 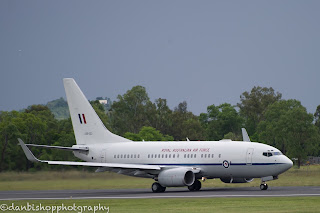 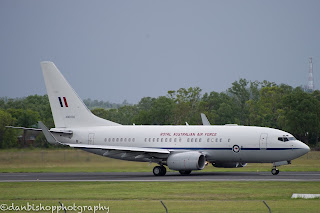 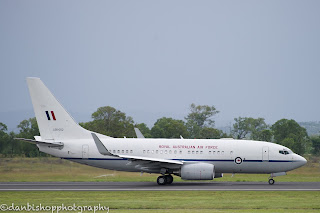 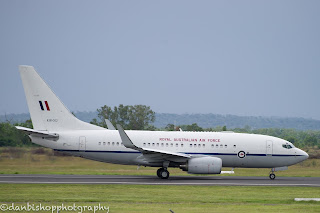 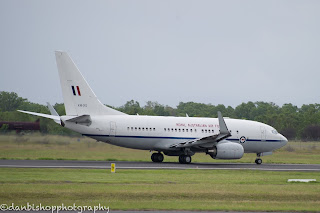 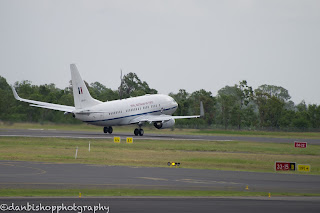 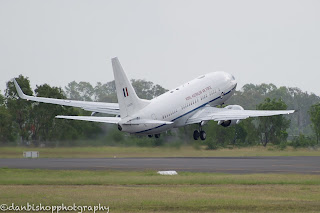 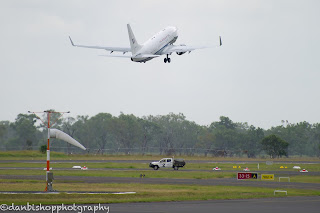 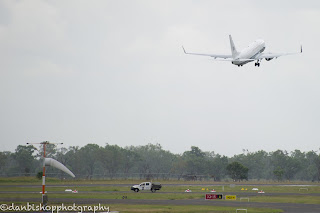 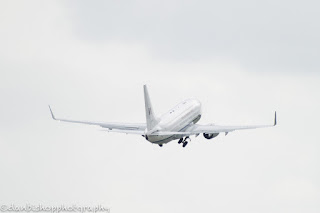 As originally posted - On Saturday 2 December, Royal Australian Air Force (RAAF) Boeing B737-7DF(BBJ) A36-002 was noted completing a training flight up the Queensland coast, including landing and completing airwork at a couple of CQ Airports.

The BBJ - which was heard to be using the radio callsign of "Envoy 02" - landed at Bundaberg Airport for a short time after flying up from Coffs Harbour.  A36-002 then departed Bundy for Townsville but was noted completing a missed approach at Mackay Airport while on the journey North.

It looked to remain for the night at Townsville.


Meanwhile, also on Saturday 2 December, RAAF Beech B350 Super King Air A32-348 - flying as "Beaufort 07" - was noted landing at Longreach Airport after flying North from RAAF Base East Sale in Victoria via Port Macquarie.  It appears to have departed to Mount Isa and then points further to the North-West.

All photos taken by Daniel Bishop  ©
Posted by Damian F at 9:41 PM