On Sunday 10 December, New Zealand-registered Pacific Aerospace (PAC) 750XL ZK-KDJ arrived into Longreach Airport from the Gold Coast.  After taking on fuel, it continued to Darwin.  It had arrived into the Gold Coast direct from Hamilton in New Zealand on Saturday 9 December as it seemingly recommenced the delivery flight it initially started in December 2016. 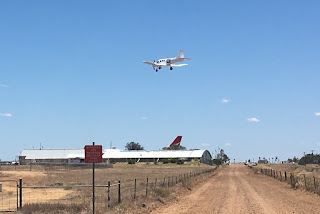 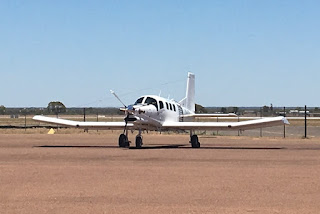 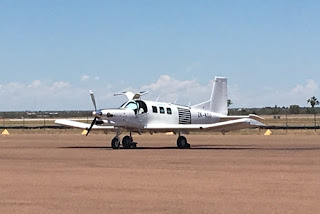 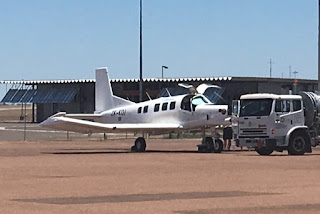 ZK-KDJ had originally arrived into Darwin from New Zealand in late 2016 and then sat there untouched for almost a year.  However, as we posted below, on Tuesday 21 November, ZK-KDJ finally departed Darwin for Longreach, the Gold Coast, Lord Howe Island and Auckland before ultimately returning to Hamilton.

At the time of writing, ZK-KDJ is scheduled to depart Darwin for Manado (Sam Ratulangi International Airport) in Indonesia early on Monday 11 December.

Meanwhile, a couple of other strange sights in recent weeks that have come across my email have included this Robinson R-22 helicopter being transported for parts unknown in a typical country manner! 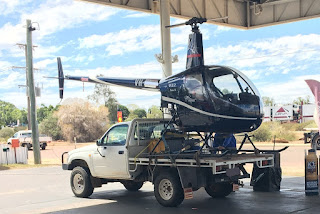 (PS - Does anyone recognise the company logo and possible registration marking of this helicopter?)

And this Kitfox MKII ultralight registered 19-5175 was spotted being transported via Longreach Airport in early November. 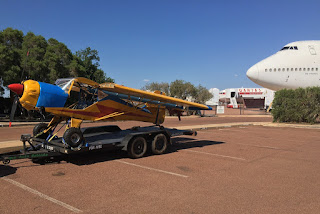 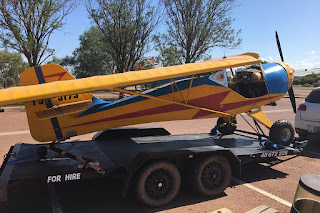 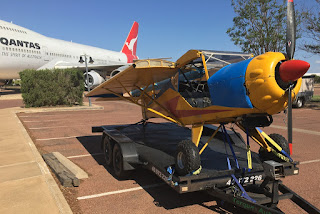 It's not the first time this aircraft has featured on the CQ Plane Spotting Blog - it has been spotted participating in some CQ fly-ins and airshows including at the Whitsunday Airport at Shute Harbour.

All photos taken by Calen Harvey  ©
Posted by Damian F at 8:56 PM