OY-EJD arrived into Hamo in the wee small hours on Thursday 7 December from Melbourne (Tullamarine).

I have since discovered that the sleek Falcon 7X bizjet is transporting legendary musician and former 'Beatles' member Sir Paul McCartney as he completes a concert tour of Australia and New Zealand. 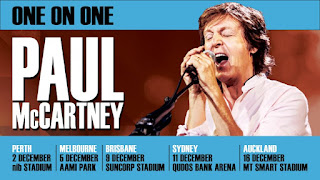 Certainly a very welcome visitor to Hamilton Island - and certainly a nice corporate bizjet to visit CQ!
Posted by Damian F at 8:00 AM

Email ThisBlogThis!Share to TwitterShare to FacebookShare to Pinterest
Labels: Bizjet, Dassault, Hamilton Is