On Monday 11 December, a trio of Australian Army NH Industries MRH-90 Multi-Role Helicopters - identified as A40-014, A40-040 and A40-043 - were spotted visiting the Whitsunday Airport Shute Harbour.  They flew down together from Townsville. 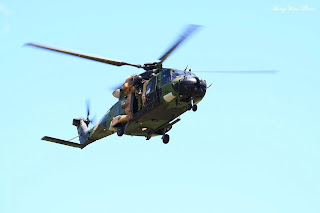 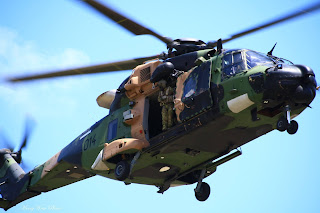 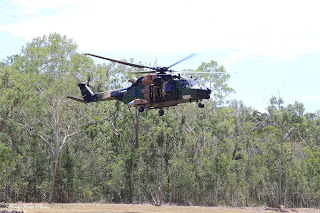 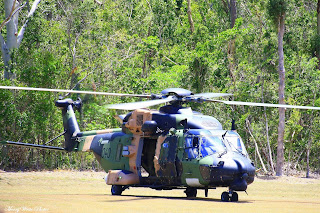 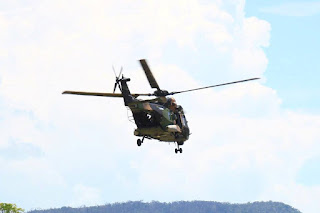 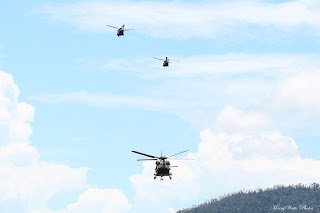 They were noted collecting several Australian Defence Force (ADF) cadets and personnel before they returned to Townsville.

The trio were heard to be using the one radio callsign of "Cowboy".

I presume that this is one of the RAAF BAe Hawk jets that have deployed to Townsville Airport to participate in the RAAF's Exercise High Sierra which is currently underway in the Tropical North - see Blog posts below.

Thanks to local aviator Merewyn Wright for sharing these great photos of the MRH-90s at Shute Harbour!

All photos taken by Merewyn Wright  ©
Posted by Damian F at 9:21 PM